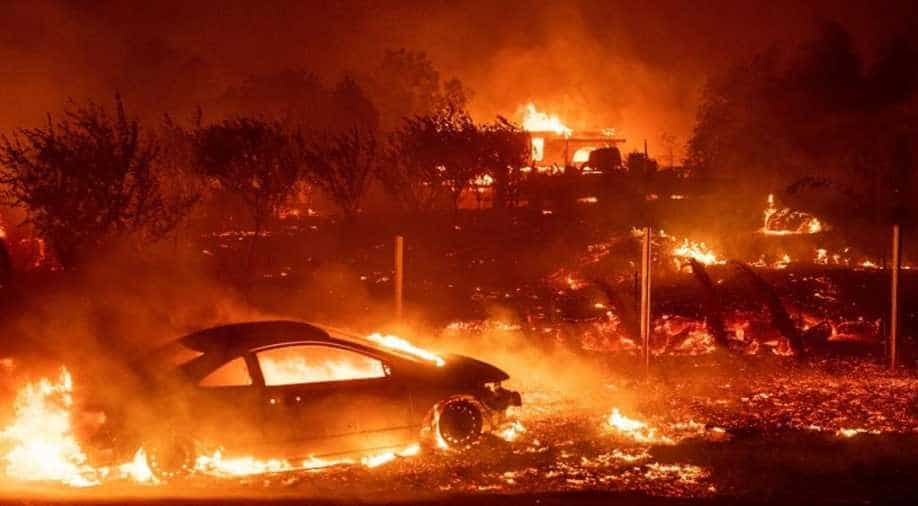 The report found that climates suitable for infectious diseases had expanded, with areas ripe for dengue-spreading mosquitoes having grown by 15% since the 1950s

Rising temperatures and environmental pollutants are already endangering the health and well-being of Americans, with fatal consequences for thousands of older men and women, a team of public health experts warned Wednesday. Their report, published in The Lancet, called on lawmakers to stem the rise of planet-warming gases in the next five years.

The section on the United States presents climate change as a public health risk now, rather than a hazard faced by future generations. It points to the immediate dangers of extreme heat, wildfires and air pollution, and makes the case for rapidly shifting to a green economy as a way to improve public health.

The coronavirus pandemic, the authors point out, has served as a reminder of the urgent need to strengthen the country’s public health system — something that’s going to be all the more necessary for Americans to deal with the health effects of climate change, which, the authors conclude, disproportionately harm those with the fewest resources to respond to threats.

“The overarching theme I stress to the incoming administration is making health central,” said Dr. Renee N. Salas, an assistant professor at Harvard Medical School and lead author of the U.S. policy paper contained in The Lancet report, in a call with reporters. “Climate action is a prescription for health.”

The report contains a set of broad recommendations aimed squarely at the incoming presidential administration. To improve the health of Americans, the authors recommend ending subsidies for fossil fuels, investing in public transit options, and reducing the use of nitrogen fertilizers on U.S. farms, which are a source of both air pollution and planet-warming greenhouse gas emissions.

“We have to stop investing in what is a thing of the past and health-harming,” Salas said.

The report summarizes the research on how rising temperatures — and more frequent, more intense heat waves in particular — are already damaging human health around the world. In the past 20 years, the report finds, extreme heat has been linked to a 50% increase in deaths of people older than 65, with 296,000 deaths in 2018. Most of those deaths were in Japan, China, India and parts of Europe.

Extreme heat also makes it hard to work, especially outdoors. According to the report, 302 billion hours of potential labor productivity were lost in 2019 alone. Workers in hot, humid countries like India and Indonesia were most affected.

In the past 20 years, there were also more days when the risk of wildfires was high. Fires have grown bigger and more severe in landscapes like the Western United States, destroying 4 million acres in California alone this year. The number of days when there is wildfire smoke in the air have risen sharply, too.

The Lancet Countdown on Climate Change and Health, as the paper is formally known, is published each year by the medical journal. Wednesday’s edition was the fifth annual report and was written by experts from more than 35 research institutions all over the world.

The report found that climates suitable for infectious diseases had expanded, with areas ripe for dengue-spreading mosquitoes having grown by 15% since the 1950s. It pointed to worrying signs on food security as well. Between 1981 and 2019, the report found, the “yield potential” for several staple crops has dropped, meaning that crops are maturing faster and production is lower than average. The largest drops have been for maize, a staple in parts of Africa and Latin America. The world still produces enough food, though it doesn’t always go to the people who need it most.

The Lancet Countdown calls on national governments to make drastic reductions in emissions in the next five years. Without them, its authors say, it will be increasingly difficult to avert the worst effects of warming. “These next five years will be pivotal,” the authors wrote.

The United Nations published a separate report Wednesday concluding that governments must reduce the production of fossil fuels by 6% a year over the next 10 years to limit catastrophic warming.