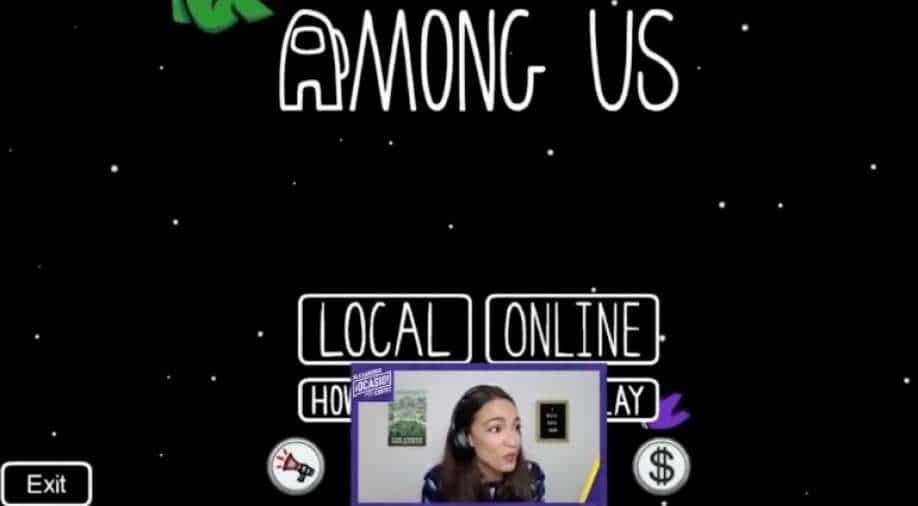 Alexandria Ocasio-Cortez, the US Congresswoman from New York’s 14th congressional district has always stirred up a storm - be it during her speeches, or on social media

US election 2020 - While the race between Donald Trump and Joe Biden gets intenser by day, Alexandria Ocasio-Cortez, came up with a new way to promote voting among the masses.

AOC, as she is commonly known as, the US Congresswoman from New York’s 14th congressional district has always stirred up a storm - be it during her speeches, or on social media.

Recently, the Congresswoman took up a new challenge - video games! Ocasio-Cortez played the game “Among Us” on Twitch, a video game sharing platform, to raise awareness about the upcoming elections in the US, and to urge viewers to vote as the November 3 nears.

She was joined by a fellow Democratic Congresswoman Ilhan Omar, and YouTubers like Pokimane, Hasanabi, and Jack Septic Eye.

On Monday night, AOC had tweeted out her plans to play the game. "Anyone want to play Among Us with me on Twitch to get out the vote?"

Anyone want to play Among Us with me on Twitch to get out the vote? (I’ve never played but it looks like a lot of fun)

AOC added that was unfamiliar with the game, and that she had never played it, while saying that it looks like a “lot of fun”.

Take a look below:

.@AOC is playing Among Us with @pokimanelol, @hasanthehun, @DrLupo and @IlhanMN to help people make voting plans. pic.twitter.com/SJq9TZzv7B

Even before going live, she had amassed over 220,000 followers. AOC received praise from gamers for playing as well as she did, considering she had never played the game before. In the game, she played the role of an “imposter”. Their job is basically… killing! And that she did!

At least 700,000 people tuned into the live stream, according to Forbes.

“Among Us” is inspired by space, and developed by InnerSloth. Out of the ten people playing at once, three are assigned “imposters”. The other crew mates have to protect the spaceship and prevent imposters from sabotaging their goals.

AOC just did the most amateur kill ever and im howling laughing at the fact she got away with it pic.twitter.com/NV01ZJf5Bt

highlights from the @AOC among us stream - my love for this woman knows no bounds 💖 https://t.co/aZErKVAlVw pic.twitter.com/OCa06KMuob