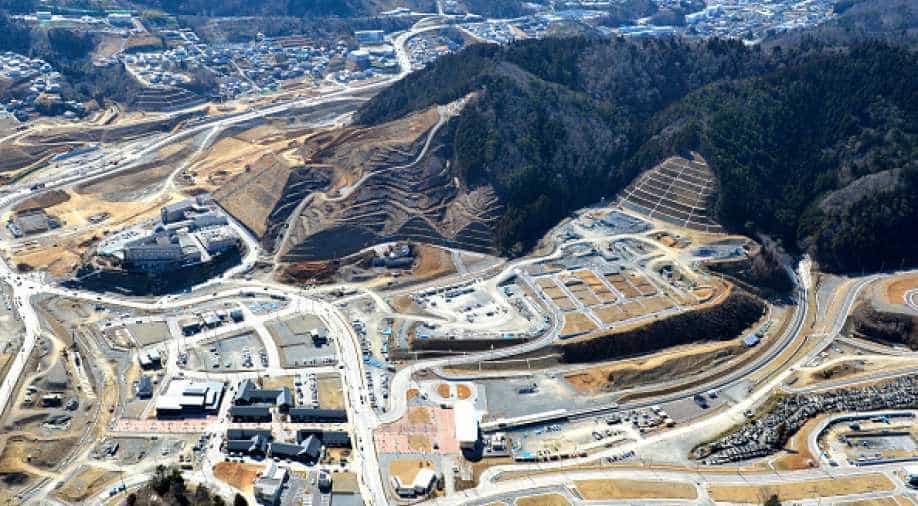 Tohoku Electric Power Co?said there was no damage to its Onagawa nuclear plant. In photo: A bird's eye view of the nuclear plant. Photograph:( Getty )

An earthquake of magnitude of 7.4 struck northern Japan on Tuesday, followed by a tsunami near Fukushima.

No damage has been reported so far. The earthquake rattled the island nation at 5:59 am (2059 GMT).

The earthquake, which was felt in Tokyo, had its epicentre off the coast of Fukushima prefecture at a depth of about 10 km (6 miles).

A tsunami of up to 1.4 metres (4.5 feet) had been observed around Sendai, about 70 km north of Fukushima, following the quake, public broadcaster NHK said.

Tohoku Electric Power Co said there was no damage to its Onagawa nuclear plant.

All Japan's nuclear power plants on the coast threatened by the tsunami are shut down in the wake of the March 2011 disaster, which knocked out Tokyo Electric Power Co's Fukushima Daiichi nuclear plant, spilling radiation into the air and sea.

No other damage from the quake has been confirmed at any of its power plants, although there have been blackouts in some areas, the spokeswoman said.

The Fukushima nuclear plant was strongly affected by a strong earthquake and subsequent tsunami in March 2011. The Onagawa plant though withstood the natural calamity.

Japan's Prime Minister Shinzo Abe, who is currently in Argentina, said: "We will also work together with local municipalities, and become united as a government to ensure safety and respond to disasters the best we can."

Earthquake are common in Japan, one of the world's most seismically active areas. Japan accounts for about 20 percent of the world's earthquakes of magnitude 6 or greater.

The March 11, 2011 quake was of magnitude 9, the strongest quake in Japan on record. The massive tsunami it triggered caused world's worst nuclear crisis since Chernobyl a quarter of a century earlier.

All nuclear plants on the coast threatened by the tsunami are shutdown in the wake of the Fukushima disaster. Only two reactors are operating in Japan, both in the southwest of the country. Even when in shutdown nuclear plants need cooling systems operating to keep spent fuel cool.