64 corpses found in a lorry in Mozambique, 14 survivors also retrieved 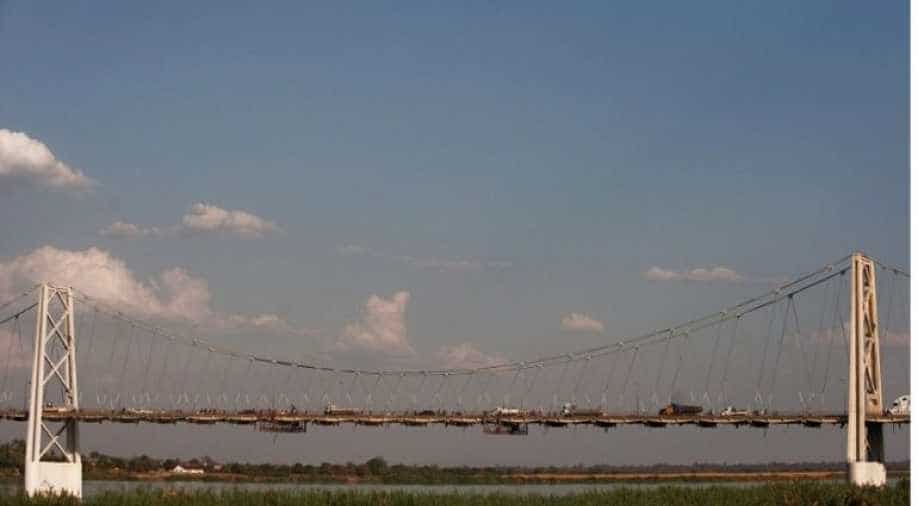 Samora Machel bridge over the Zambezi river on November 9, 2010 in Tete, nearby the location of the lorry Photograph:( AFP )

There were also 14 survivors on-board, who were reportedly banging against the container walls, pleading for help

64 corpses have been found in a shipping container in the back of a lorry in Mozambique today.

The vehicle had allegedly arrived from Malawi. All the dead are suspected to be Ethiopian, and had died of suffocation, many media reports indicated.

There were also 14 survivors on-board, who were reportedly banging against the container walls, pleading for help.

The route on which the vehicle was found is notoriously famous for trafficking people down into South Africa.

According to Tete provincial director of health, Carla Mosse, the immigration service had halted the lorry in the African town of Moatize, the BBC reported.

Even though a thorough investigation will be conducted to understand what happened to the victims, suffocation is the most likely scenario.

As reported by many media outlets, the driver was hesitant to stop the vehicle. This sentiment was echoed by Amelia Direito, a spokesperson for the National Migration Service in Tete.

Direito had heard noises coming from inside of the lorry, which raised suspicion. After this, the lorry was stopped and inspected.

According to the information received by a Portuguese newspaper called Observador, the survivors were banging the container and screaming for help when they were found by authorities.

In October 2019, 39 bodies were discovered in a lorry in the United Kingdom. Police in the UK had claimed that the bodies found in a refrigerated truck in Essex were from Vietnam.

The Essex police worked with Vietnamese police officials to verify the identity of  39 people discovered at Grays in Essex on October 23. The lorry trailer was travelling from Zeebrugge in Belgium to Grays, Essex.