38 killed in IS attack on Syrian refugee camp 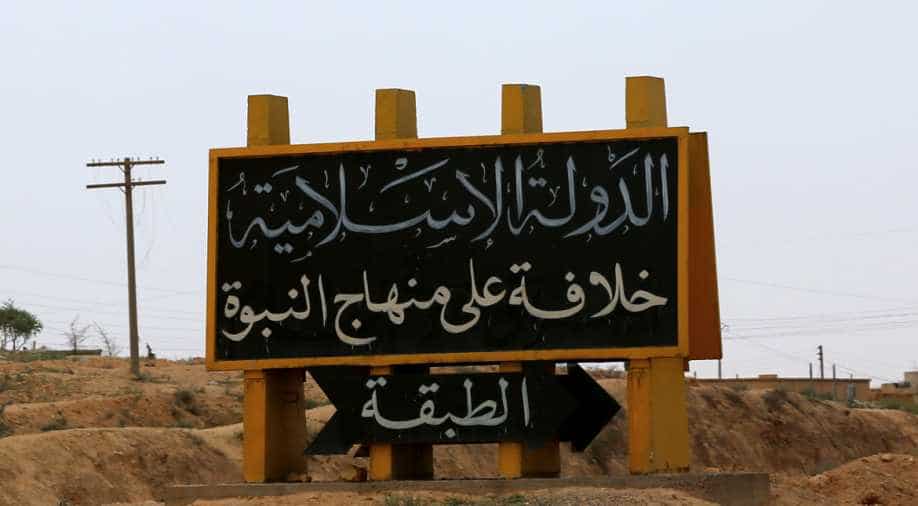 An Islamic State group banner showing an arrow towards the town of Tabqa. Photograph:( AFP )

An Islamic State attack in an area held by the US-backed Syrian Democratic Forces (SDF) in northeast Syria killed at least 38 people on Tuesday including 23 civilians, the Syrian Observatory for Human Rights said.

The attack on Rajm al-Salibi, the location of a checkpoint and refugee camp near the border with Iraq, led to fierce clashes, injuring dozens, the Britain-based war monitor said.

The SDF battled Islamic State since dawn in nearby areas of Hasaka province, which Kurdish forces largely control, it said.

An adviser to the SDF, Nasser Haj Mansour, confirmed that several civilians died, including people escaping Islamic State in Syria's Deir al-Zor and in Iraq.

The International Rescue Committee said the wounded were taken to hospital inside Hasaka and several children were killed. Thousands of people have fled Iraq for the Rajm al-Salibi border crossing and another camp further north in recent months, the global aid agency said.

The SDF, an alliance of Kurdish and Arab militias, has seized large swathes of northern Syria from Islamic State in a campaign to drive the jihadist group out of Raqqa city, its base of operations in Syria.

This week, the SDF said it captured most of the strategic town of Tabqa, 40 km (25 miles) west of Raqqa along the Euphrates.

The SDF said fighting continued on Tuesday to capture the last district of Tabqa as well as an adjacent dam, Syria's largest, and the last major obstacle as the militias prepare to launch an assault on Raqqa.

The Islamic State attack in Hasaka was targeted at the Asayish, a Kurdish internal security force that operates in northeast Syria, the Observatory said.