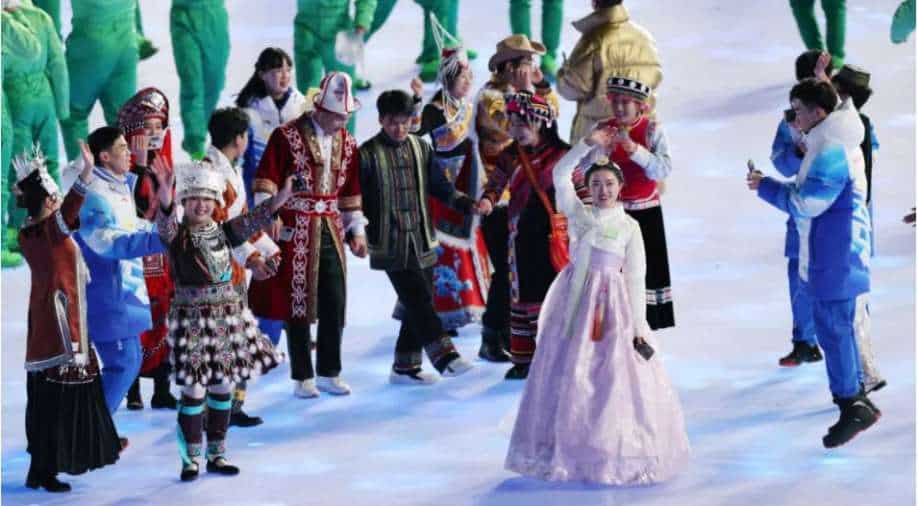 The South Korean leaders viewed it as a “rude” act of appropriating the tradition of a sovereign state.

South Korean leaders and activists accused China of “stealing” their culture after a lady performer wore a traditional Korean dress during the opening ceremony of the 2022 Beijing Winter Olympics.

During the event on Friday, a woman was seen wearing a Korean conventional costume— a white and light purple hanbok dress—while appearing amongst those representing China’s totally different ‘ethnic’ teams.

The South Korean leaders viewed it as a “rude” act of appropriating the tradition of a sovereign state.

“We deeply regret that hanbok appeared among the costumes of Chinese minorities at the opening ceremony of the Beijing Winter Olympics,” wrote lawmaker from the ruling party, Lee So-young, on her Facebook web page on Saturday.

Apparently, this is not the first time that China has been accused of laying claim to their culture.

Recently, China was slammed after it recently claimed that many major Korean cultural items, including kimchi, a national dish of fermented cabbage, were of Chinese origin.

“This is not the first time China has introduced Korean culture as if it were its own… If the anti-China sentiment of the Korean people becomes stronger by leaving this issue as is, it will be a big obstacle when conducting diplomacy with China in the future,” Lee stated.

Although the South Korean authorities have not launched an official assertion, Culture Minister Hwang Hee informed South Korean media on Saturday that referring to individuals as a minority signifies that it has not to turn into a sovereign nation, which might trigger “misunderstanding” in bilateral relations, in line with Yonhap.