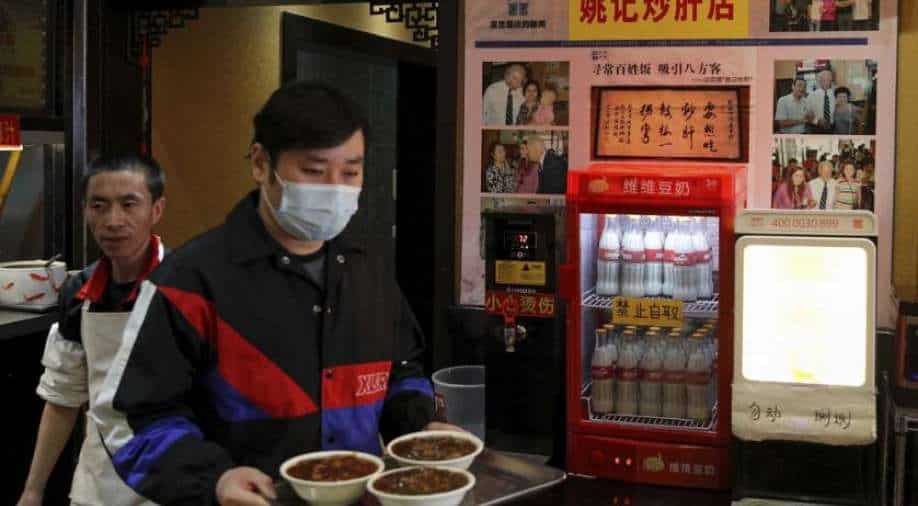 Chinese man blacklisted from 'all you can eat' restaurant for eating too much Photograph:( AFP )

The man claimed that the restaurant is "discriminatory" against people who can eat a lot. He told Hunan TV that he ate 1.5kg of pork trotters during his first visit

Barbecue buffets can always be wholesome. An "all-you-can-eat restaurant" has been a point of attraction for live streamers for some time now. In a bizarre incident, a Chinese food live-streamer known as Mr Kang claims that he has been blacklisted from a barbecue buffet restaurant, Handadi Seafood BBQ Buffet in Changsha city, for eating too much.

The man claimed that the restaurant is "discriminatory" against people who can eat a lot. He told Hunan TV that he ate 1.5kg of pork trotters during his first visit. He also consumed 3.5kg to 4kg of prawns on another visit.

Also read | News anchor reacts to viral 'You' confusion video; was the joke on the viewers?

However, the restaurant owner had a different take on the incident as he told the reporter that every time Mr. Kang visited his restaurant, he would lose a few hundred yuan.

"Even when he drinks soy milk, he can drink 20 or 30 bottles. When he eats the pork trotters, he consumes the whole tray of them. And for prawns, usually people use tongs to pick them up, he uses a tray to take them all," he said.
Not just Mr. Kang, but all live streamers have been banned from the restaurant, the owner said.

The story is now trending on Chinese social media and has garnered over 250 million views on Weibo.