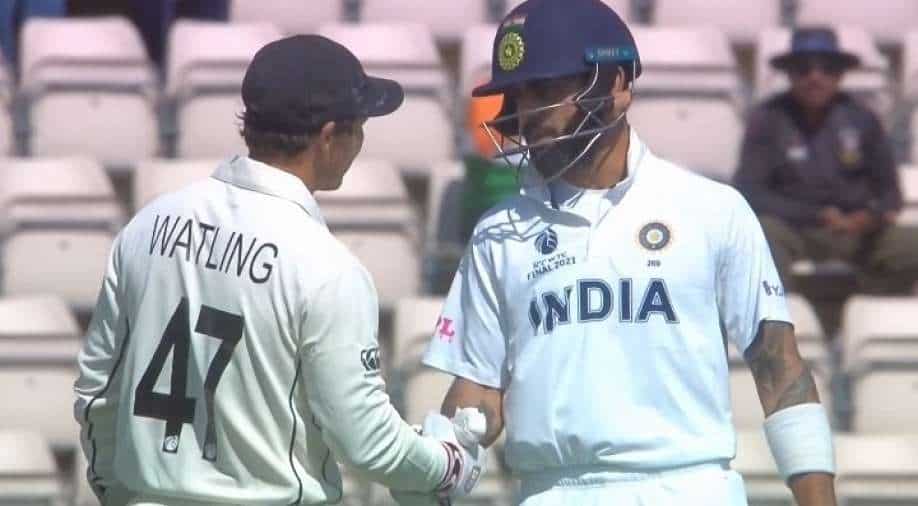 Watling is playing the last match of his international career and it being the final day of the game, Kohli was seen congratulating the BlackCaps wicket-keeper.

Watling is playing the last match of his international career and being it the final day of the game Kohli was seen congratulating the BlackCaps wicket-keeper.

Virat Kohli's gesture received a lot of praises from several netizens on Twitter.

Nice gesture from Indian captain Virat Kohli, having few words to Watling who is playing his final day in International career. pic.twitter.com/KE8xMUQpfg

Wonderful sportsmanship by the no.4 best test batsman Virat Kohli as he respects the hole career of BJ Watling by the way mentioned 👇 pic.twitter.com/L0z5ry8m7u

Watling will bid adieu to his international career after being New Zealand’s second most capped Test wicketkeeper after Adam Parore. He featured in 75 Tests for the BlackCaps and has scored 3790 runs (so far) at an average of 37.52.

Earlier, Tim Southee went past Ricky Ponting in the elite list of sixes-hitters in Test cricket.

'IPL will give him fame, popularity, and riches but...' - Former India pacer opines on Sanju Samson