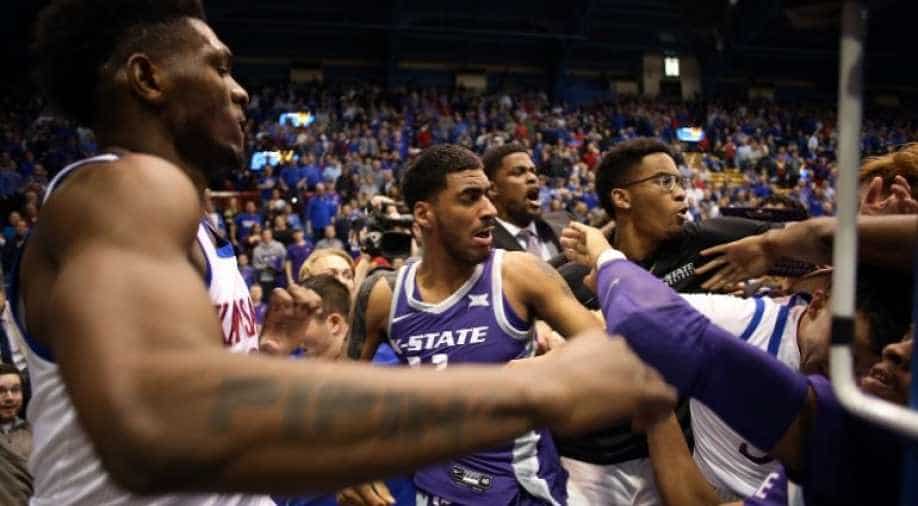 Kansas had won against the Kansas States 81-59.

One of the worst college basketball brawl in years broke out between Kansas vs Kansas State basketball teams at Phog Allen Fieldhouse on Tuesday. Brawl included players coaches and support staff of both the teams near the seating section for the disables.

Kansas had won against the Kansas States 81-59.

ESPN tweeted a video of the incident.

Benches emptied at the end of the Kansas State-Kansas game. pic.twitter.com/zWv46h3RJC

The incident took place after Kansas' Silvio De Sousa instigated the brawl after knocking DaJuan Gordon on a breakaway when the time expired. After the play, Cartier Diarra approached De Sousa where the things got heated. 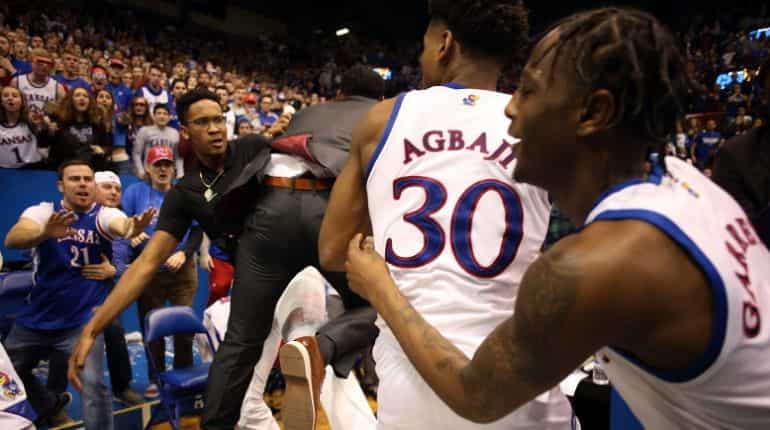 A coach comes between James Love III #21 of the Kansas State Wildcats and Ochai Agbaji #30 and Marcus Garrett #0 of the Kansas Jayhawks during a brawl at the end of the game at Allen Fieldhouse on January 21, 2020 in Lawrence, Kansas| AFP

The escalated fight involved punches thrown by players from both the benches, the fight shifted to stands where the crowd was sitting.

De Sousa had picked up the stool at one point. 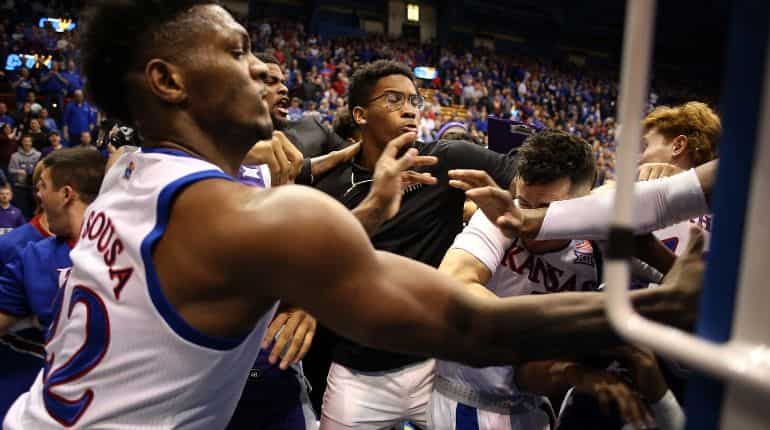 "The conduct of a few of our student-athletes after tonight's game vs. Kansas State was simply unacceptable and not reflective of who we are," Long said. "Coach Self and I will review the incident, along with the Big 12 Conference and Kansas State to determine appropriate consequences. There is no place for this conduct in college athletics or here at KU. I would like to apologize to the Big 12 Conference, Kansas State University, Gene Taylor, Bruce Weber and all fans for the lack of sportsmanship from members of our team this evening,".

Silvio's suspension along with other players is inevitable. De Sousa was given an unsporting technical foul. All players on the bench whoever involved were removed from the game.