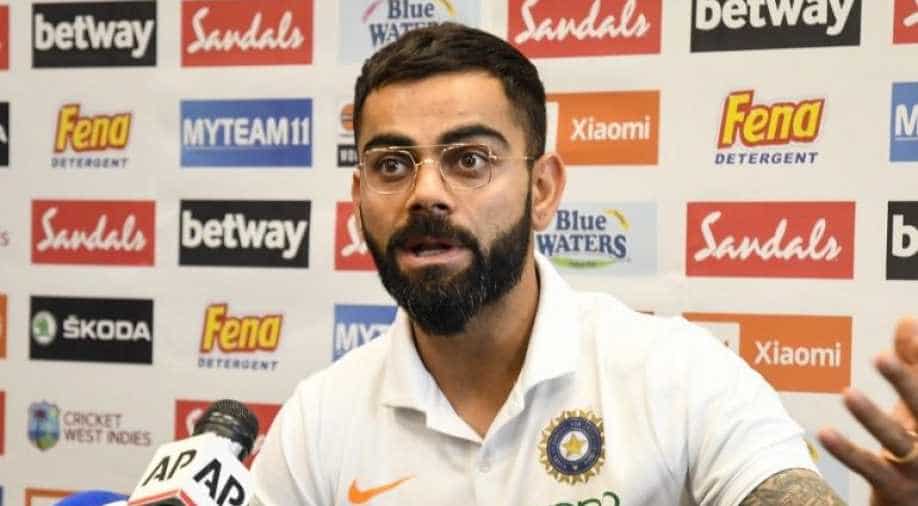 In the Championship, a total of 71 Test matches will be played across 27 series over a period of two years

Indian skipper Virat Kohli said the concept of ICC World Test Championship will bring more purpose to the Test matches and the format is going to be much more competitive.

"The games are going to be much more competitive and it brings a lot of purpose to the Test matches you play," said Kohli at a discussion during the CWI/WIPA awards night. Indian team, which is currently on a tour of West Indies, were guests at that event.

"It's the right move and the absolute right time," Kohli added.

In the Championship, a total of 71 Test matches will be played across 27 series over a period of two years.

The top two teams will then contest in the ICC World Test Championship final in June 2021 in the UK.

"People have been talking about Test cricket not being relevant or dying down. For me, the competition has gone up two-fold the last couple of years," Kohli further added.

"It's up to the players to take the challenge and go for victories," he added.

"That's going to be the essence of this Test championship as well. There will hardly be any boring draws, there will be exciting draws, because everyone will want those extra points," said the Indian captain.

"Batsmanship will always be hard at the Test level, but even harder now with the Championship where every decision you make counts in the larger scheme of things."

After winning both T20I and ODI series, India will now compete against West Indies for a two-match Test series, first match starting from August 22.