World Cup: Rohit Sharma takes to Twitter to suggest he was not out against West Indies 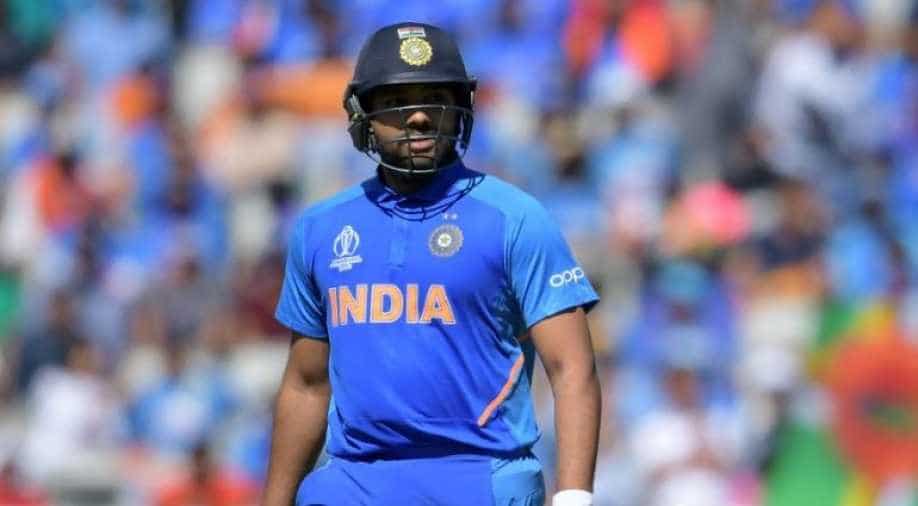 India opener Rohit Sharma Friday took to the social media to express his disappointment over his controversial dismissal against the West Indies on Thursday.

Rohit, who was ruled out on 18 off 23 balls, posted a close-up picture of his dismissal on his official Twitter page, suggesting that there was a significant gap between the bat and ball.

The picture posted by Rohit indicates that the ball clipped his right pad instead of the bat.

Rohit was visibly disappointed after being given out caught behind by wicketkeeper Shai Hope of the bowling of Kemar Roach in the match on Thursday.

The right-hander was deceived by an in-swinging delivery from Roach in the final ball of the sixth over and the West Indies team went up in appeal for caught behind, suggesting Rohit had got an inside-edge onto the wicketkeeper.

The third umpire seemed to have gone by the snicko after repeated replays showed there was a gap between the bat and ball.