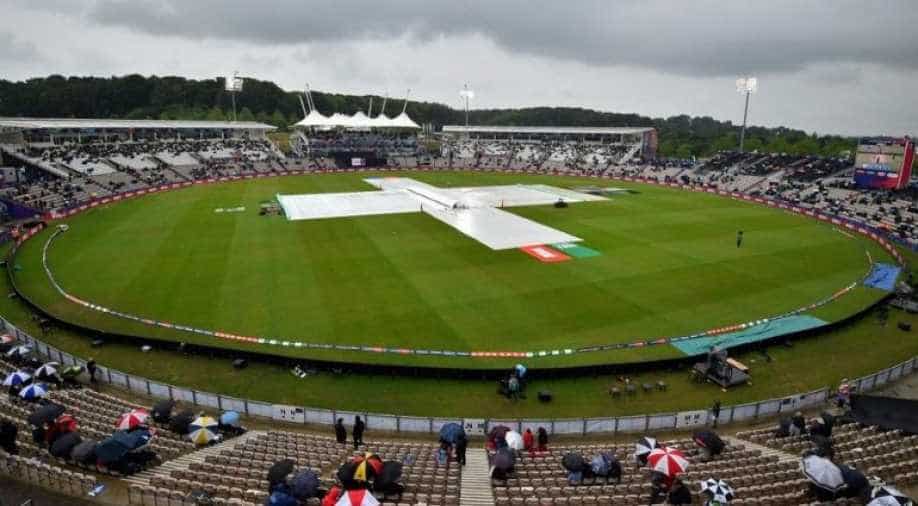 The International Cricket Council (ICC) on Tuesday defended not scheduling reserve days for group matches at the rain-marred World Cup and blamed the disruptions on "extremely unseasonable weather".

A record three matches have already been either abandoned or called off in the weather-hit tournament and the forecast is for further washouts this week.

The organisers have been criticised for not allotting reserve days in the group stage and outgoing ICC chief executive David Richardson said it was not a feasible idea.

"Factoring in a reserve day for every match ... would significantly increase the length of the tournament and practically would be extremely complex to deliver," he said in a statement.

The knockout stage of the six-week tournament includes reserve days but it would post a massive logistical challenge at the group phase and inconvenience everyone, Richardson said.

"There is also no guarantee that the reserve day would be free from rain either," he said.

Bangladesh coach Steve Rhodes criticised the organisers after his team's match against Sri Lanka was abandoned on Tuesday without a ball bowled in Bristol.

"We put men on the moon, so why can't we have a reserve day, when actually this tournament is a long tournament?" Rhodes quipped.

"I know logistically, it would have been a big headache for the tournament organisers... but we have got quite a lot of time in between games, and if we have got to travel a day later, then so be it," Rhodes said.

"It's not easy, but if they can put on a reserve day, it would be good for everyone," said Karunaratne, whose team's previous match against Pakistan was also washed out.

Richardson, however, blamed the disruptions on an "extremely unseasonable weather".

"In the last couple of days we have experienced more than twice the average monthly rainfall for June which is usually the third driest month in the UK," he said.