BANvSL: Match abandoned due to rain 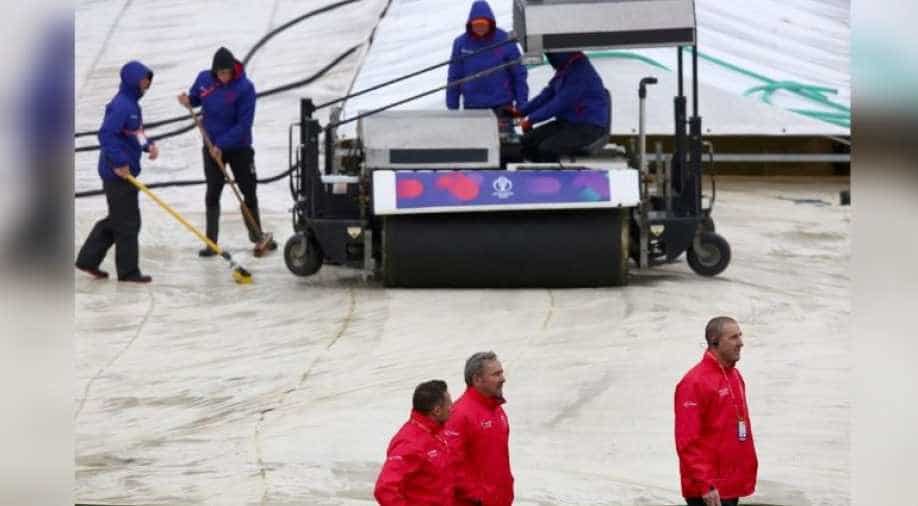 The match between Bangladesh and Sri Lanka has been officially abandoned and both teams share one point each.

More drizzle means this inspection has been postponed 😔#CWC19

Latest news from Bristol is not good.

The scheduled inspection has been postponed as the rain has unfortunately returned ☔ pic.twitter.com/s2wWcfekFB

This is the latest coming in from Bristol.

The toss at Bristol has been delayed due to rain, but the covers are being peeled off, and an inspection is due at 10:30am.

Due to rain, the toss has been delayed.

Back-to-back defeats may have jeopardised Bangladesh's prospects of reaching the semi-finals of the World Cup but the task is merely difficult and not impossible, captain Mashrafe Mortaza said.

"It's not easy, especially the conditions," the all-rounder told reporters ahead of their match against a Sri Lankan side who have been far from convincing themselves.

"Obviously we'd love to see ourselves in the semis, but again, the calculation is right now a lot, lot difficult.

"If we could manage to win one of those matches against New Zealand or England, it could have been a lot easier.

"At the moment, it looks very difficult but I say it's possible, it's very much possible. We have to make sure that we come back to the winning track and then have a look what happens next."

An off-day for Shakib Al Hasan, an optional training session for Sri Lanka, and more.

Mel Jones has a gist of the how the teams trained ahead of today's #CWC19 clash in Bristol. pic.twitter.com/NtaWN3ZGYP

An extremely rainy day is expected in Bristol, with chances of showers peaking early morning, in the hours leading up to the match.

The chances of rain-affected match is expected.

In ODIs, Sri Lanka have won 36 of 45 matches against Bangladesh while losing seven. Two contests had no results.

Smarting from consecutive defeats, Bangladesh will be look to get their World Cup campaign back on track when they take on an inconsistent Sri Lanka.

Bangladesh made a perfect start to their World Cup campaign, posting their highest one-day international score of 330-6 during the 21-run win over South Africa.

However, the Tigers were not able to take forward the winning momentum and were handed a two-wicket loss by New Zealand followed by a massive a 106-run defeat to hosts England.

In the batting department, wicketkeeper Mushfiqur Rahim has been impressive but openers Soumya Sarkar and Tamim Iqbal have squandered their starts, failing to play impactful knocks.

Star all-rounder Shakib Al Hasan, who is in fine form with the bat, having scored two half-centuries and a hundred in the tournament, is expected to play the key role again for his side.

However, Bangladesh's main concern will be their bowling that came unstuck in their previous game against England who amassed 386.

"We are disappointed in the manner we actually bowled. I thought we bowled really, really well against South Africa and against New Zealand. We were expecting a better bowling performance in this match," Shakib had said after the match.

Sri Lanka, on the other hand, will be optimistic of their chances after recovering from a crushing 10-wicket defeat in their opening match against New Zealand.

Hello! And welcome to the Match 16 of the Cricket World Cup 2019 which is between Bangladesh and Sri Lanka in Bristol.