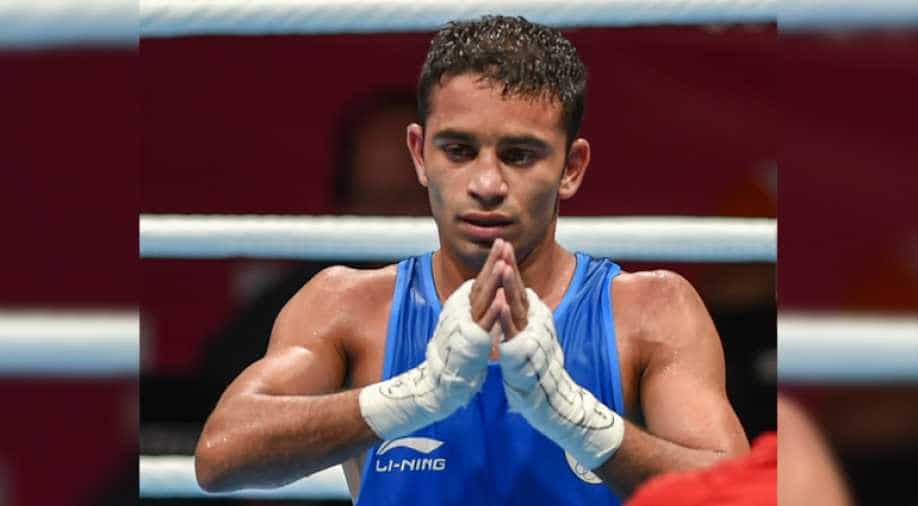 Panghal will play Uzbekistan's Shakhobidin Zoirov for the gold tomorrow

Boxer Amit Panghal has scripted history as he became the first Indian to reach the final at Men's World Boxing Championships.

Our #TOPSAthlete @Boxerpanghal beat #SakenBibossinov 3-2 in 52 kg to become 1st Indian ever to reach the final at Men’s World #Boxing C’ships.

👉🏻He’ll play Uzbekistan’s #ShakhobidinZoirov for the gold tomorrow.
We wish him the best! #Go4Gold pic.twitter.com/s3RNVcR6q0

Panghal will play Uzbekistan’s Shakhobidin Zoirov for the gold tomorrow.

Manish Kaushik had to settle for the bronze medal as he lost 0-5 in the semi-final clash against reigning world champion Andy Cruz Gomez of Cuba.