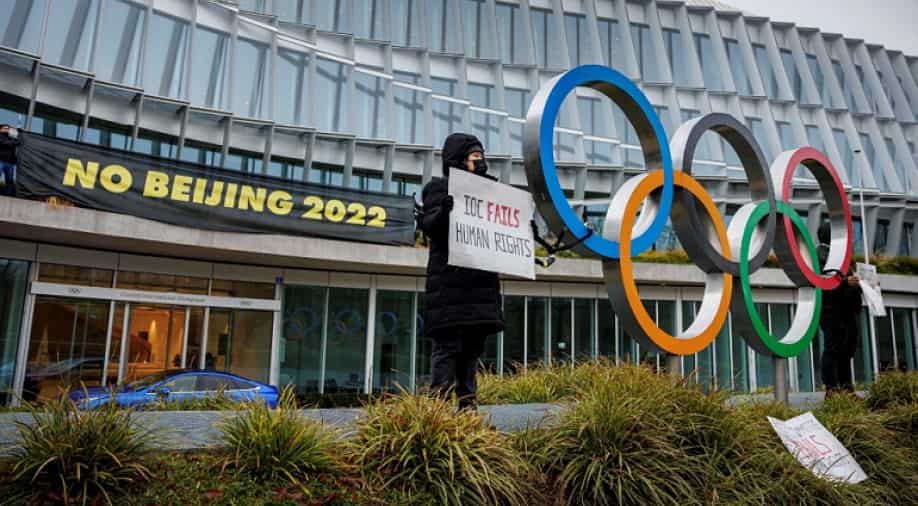 Austrian officials will not go to Beijing for the Winter Olympics next year. However, the country has taken the decision due to COVID-19.

Austria's leader says no high-ranking politicians from his country will attend the Beijing Winter Olympics, but he says that is entirely because of coronavirus restrictions in China and is not a diplomatic protest.

Chancellor Karl Nehammer's comments to Tuesday's edition of German daily Die Welt came after foreign ministers from Austria and several other European Union nations made clear that they have little appetite to join the US initiative for a diplomatic boycott of the games because of concerns over China's human rights record.

We are against a politicization of the games and are coordinating in the EU, Nehammer was quoted as saying.
No high-ranking politicians from Austria will visit the Olympic Games in China, he said.

However, that is not a diplomatic protest or boycott, but due only to the fact that the COVID requirements in China are rightly very high.

Because of the COVID pandemic, politicians can't meet personally in China with their country's athletes, he added.

So there is no use in politicians or diplomats from Austria traveling to China to speak by videoconference with our athletes there then I prefer to meet our athletes personally in Vienna.

China has vowed to respond to the U.S. With firm countermeasures? over the boycott, but has given no details on how it plans to retaliate.

Beijing has dismissed the decision by Canada and the United Kingdom to join Washington's diplomatic boycott as a farce.

Rights groups have called for a total boycott of the Beijing Winter Games, citing Chinese human rights abuses against its Uyghur minority in the northwest Xinjiang region, which some have called genocide.

They also point to Beijing's suppression of democratic protests in Hong Kong and a sweeping crackdown on dissent in the semi-autonomous territory.