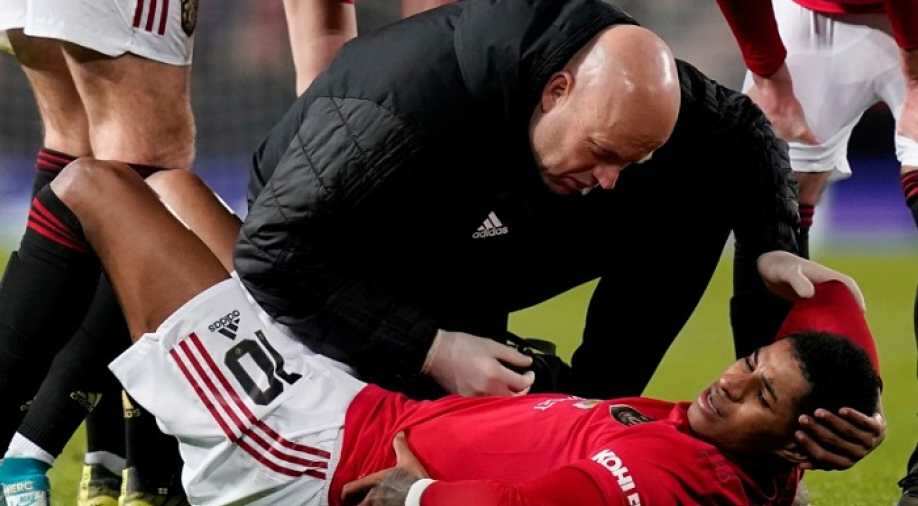 Solskjaer suggested that the loss of Rashford added to the need to bring in some new faces to the club.

Manchester United and England striker Marcus Rashford faces a lengthy lay off after his manager Ole Gunnar Solskjaer confirmed on Sunday he had suffered a stress fracture.

"He’ll be out for a while. He won’t be back until after the mid-season break. Normally six weeks to heal, but I’m not a doctor, and then he needs rehab after that probably," he told Sky Sports.

United are operating with a relatively thin squad but are particularly short of options in the attacking area with no alternatives to Anthony Martial and Mason Greenwood.

Solskjaer suggested that the loss of Rashford added to the need to bring in some new faces to the club.

"We're always looking at chances to improve the squad - with Marcus out for a while we have to look at it closely. We might look at some short-term deals. We are looking at numbers," he added.

As well as being a set-back to a United squad short of attacking options, the loss of Rashford is a blow to England manager Gareth Southgate whose main striker Harry Kane is also sidelined through injury.

United are fifth in the Premier League, 30 points adrift of Liverpool after a 2-0 defeat to the leaders at Anfield on Sunday but Solskjaer was pleased with the display his side gave against the European champions.

"The players gave us everything. Today we hung on a bit at the start of second half, but the last 25-30 mins we pressed them and pushed them back. I'm disappointed with conceding from a corner and with the last kick - but very many positives," he said.

"I felt in the second half we performed really well against a good team and at a difficult place. We didn't have quality with our finishing or last pass. (Midfielder) Fred was absolutely top and (goalkeeper) David de Gea. As a team we worked together as a unit," he said.