Winners and losers as buoyant Bayern head to Ajax for showdown 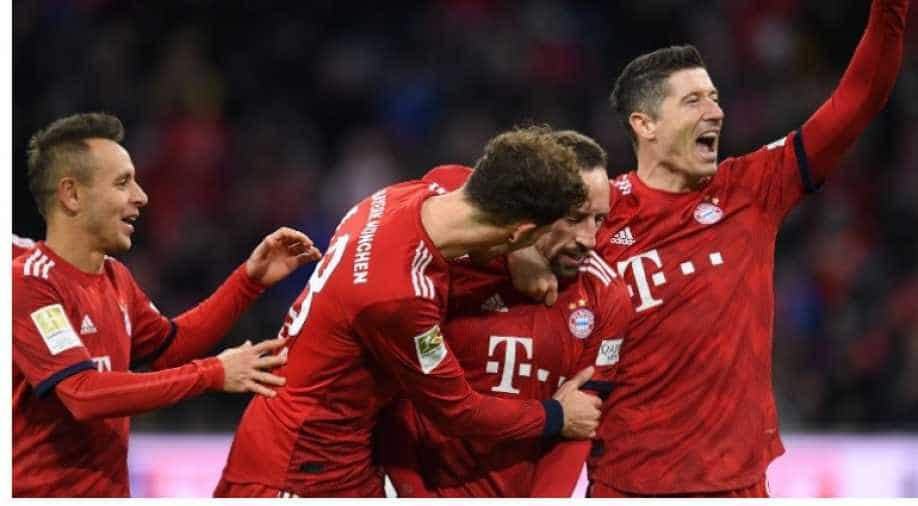 Bayern need just a point at Ajax's Johan Cruyff Arena to win Group E with the Bavarian giants currently top of the table, two points ahead of their Dutch rivals.

"We want to keep going," said Leon Goretzka, now a firm fixture in central midfield alongside Joshua Kimmich with Bayern having won their last three games after Saturday's 3-0 league home win over Nuremberg.

"Now we travel to Amsterdam and want to finish first in the group - that's important for us."

Bayern need just a point at Ajax's Johan Cruyff Arena to win Group E with the Bavarian giants currently top of the table, two points ahead of their Dutch rivals, and both teams already into the last 16.

A 5-1 thrashing of Benfica at the Allianz Arena a fortnight ago, with Robert Lewandowski and Arjen Robben both scoring twice, signified an end to the poor results of October and November which also saw Bayern slide down the Bundesliga table.

Bayern have now clawed their way back up to third in the league and coach Kovac has taken a gamble by ditching rotation, risking ruffled egos with stars left on the bench.

"The rhythm is there, the boys are in the flow - that's why we don't want to change anything," explained Kovac.

His decision has significant winners and losers.

Martinez and Sanches find their path blocked by Kimmich and Goretzka, both 23, who each hit the woodwork against Nuremberg.

"Both have a very good understanding of football and read the game well," said Kovac, at the helm at Bayern since July.

"They get on well off the pitch and are in the national team together.

"It's an axis that's really fun right now - not only for those two, but the whole team in the last three games."

However, Hummels looked like he was having anything but 'fun', storming through the mixed zone after Saturday's win without a word as Jerome Boateng and Niklas Suele are now established as Kovac's centre-backs.

Thiago Alcantara, a second-half replacement on Saturday who is returning to fitness after a knee injury, threatens to break up Kimmich and Goretzka's partnership in central midfield.

However, Kovac's decision has reaped dividends in attack with striker Robert Lewandowski scoring four goals in his last three games, supported by Thomas Mueller who is revelling in the attacking midfield role.

"At the start (of the season), we rotated as the coach tried to find the right team," said the director of sports Hasan Salihamidzic.

"Perhaps it was too much and some players didn't know where they fitted in.

"In the last few games, Niko hasn't done that and the team looks good.