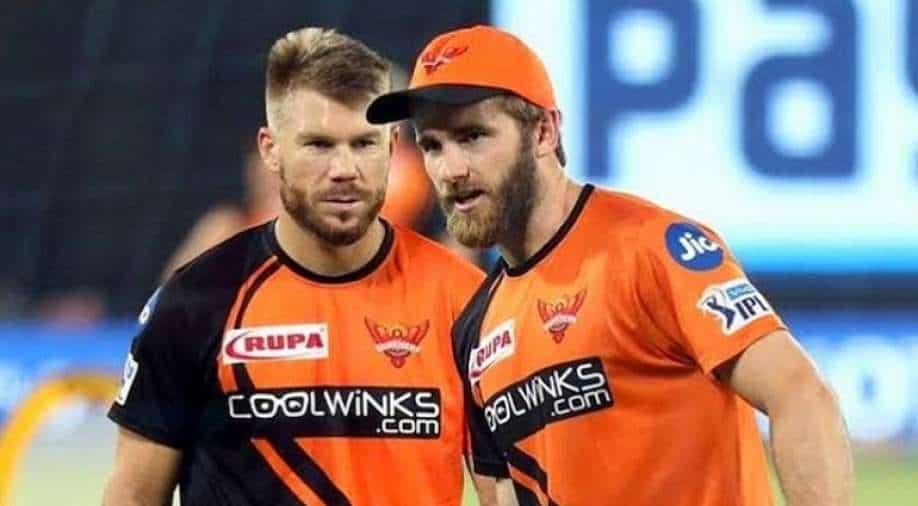 Warner was not retained by SunRisers Hyderabad and was picked up by Delhi Capitals in the IPL mega auction. Photograph:( AFP )

Warner posted a series of photos with Williamson on Instagram and he captioned the post as: "Going to miss my breakfast time with the Williamson's and I will miss playing cricket with you brother."

Earlier, Warner was not retained by SunRisers Hyderabad and then the left-handed batter was picked up by Delhi Capitals in the IPL mega auction.

On the other hand, Williamson will lead the Hyderabad-based franchise in the IPL.

Last season, Warner was first sacked as Hyderabad skipper and then he was even excluded from the playing XI. The IPL 2022 is slated to begin in the last week of March this year.