'What dreams are made of': Schmeichel hails Leicester history makers 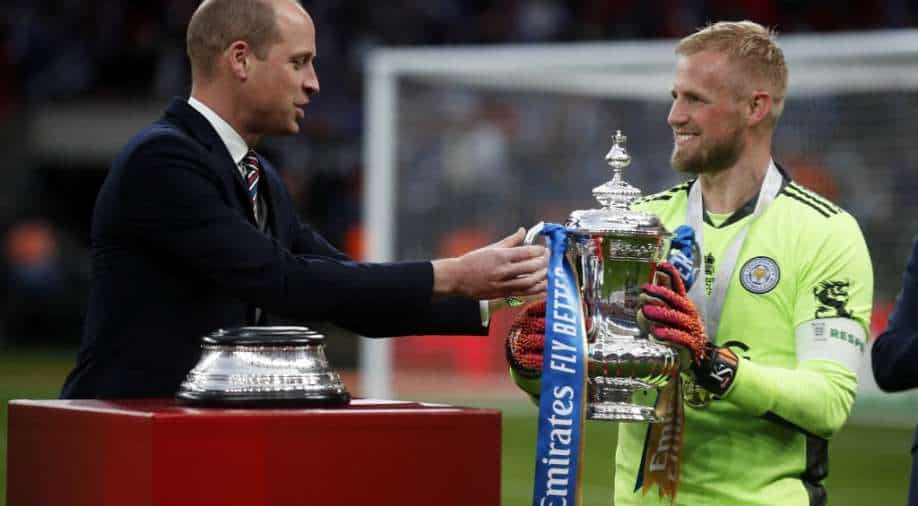 Kasper Schmeichel described leading Leicester to the club's first ever FA Cup as a dream come true after he played a huge role in beating Chelsea 1-0 on Saturday.

Kasper Schmeichel described leading Leicester to the club's first ever FA Cup as a dream come true after he played a huge role in beating Chelsea 1-0 on Saturday.

Youri Tielemans's stunning strike just after the hour mark separated the sides in front of the largest sports attendance in England since the coronavirus pandemic hit, with 22,000 fans at Wembley.

But Schmeichel had to rescue his side late on with brilliant saves from Ben Chilwell and Mason Mount.

"I've dreamt about this since I was child," said Schmeichel, whose father Peter Schmeichel won three FA Cups with Manchester United.

"We have talked about wanting to win trophies. The performance today, the grit and determination, I'm so proud of everybody, everybody contributed to get to the final. Everyone has played and been sensational."

Even when Schmeichel was eventually beaten, Chilwell's late equaliser against his former club was ruled out for offside after a VAR review.

"Thank you VAR! What an amazing technology," said Tielemans.

"What a moment, I'm really happy. I can't think of a better goal than this. I've scored a few but it was a really nice goal to score in the final of the FA Cup."

"It is an amazing feeling. I was not aware before I came into Leicester that they had never won the FA Cup, they had lost in four finals previously," Rodgers said.

"To be able to give that to the supporters, to Top and his family, it is such a special occasion.

"It was a monumental performance, and what a day for everyone involved with Leicester."

Celebrating his first major trophy in England football after his successful spell at Celtic, Rodgers added: "It's the FA Cup so it's truly special. It means so much to us, so proud, but happier for everyone else.

"The success of this team and club is getting to positions like this and competing, the so-called bigger clubs are expected to win.

"But our success is competing and, if we can perform like today, we can go and win."