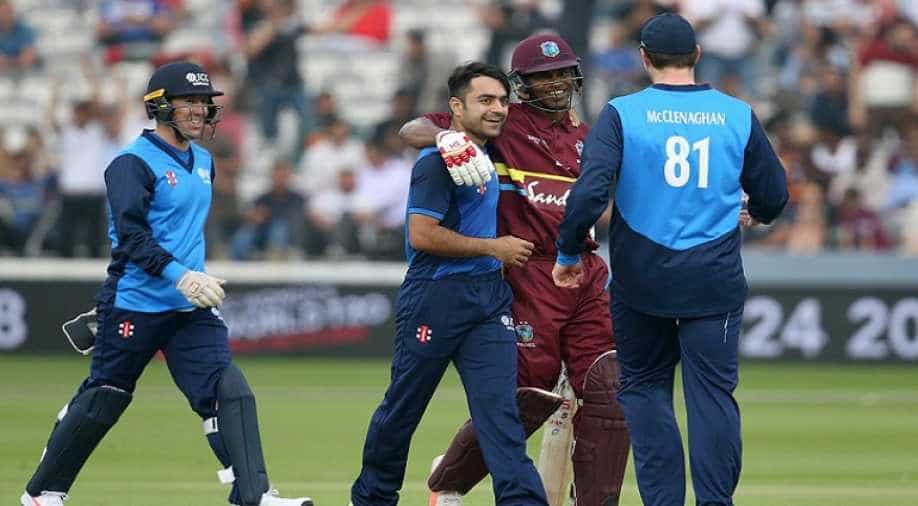 Star-studded World XI on Thursday suffered a massive 72 runs defeat at the hands of West Indies in one-off the Hurricane relief T20 match at the Lord's in London on Friday.

The game was organised to raise funds for the refurbishment of five cricket stadium in the Caribbean that were damaged by Hurricanes Irma and Maria in 2017.

Put into bat, the West Indians rode on a solid 75-run opening stand between Chris Gayle and Evin Lewis.

In reply, only three World XI batsmen could manage to reach the double figures to be bundled out for a meagre 127 in 16.4 overs.

Led by Shahid Afridi, the team lost their top four wickets with just eight runs on the board even as Sri Lankan Thisara Perera raged a lone battle with a 37-ball 61, containing seven fours and three sixes.