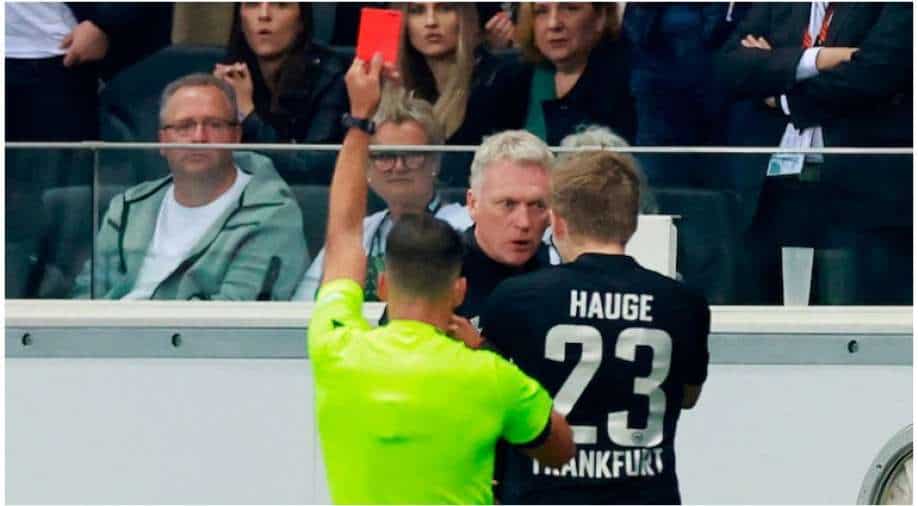 Emotions were high during West Ham versus Eintracht Frankfurt semi-finals as the former's manager David Moyes smashed the ball towards a ball boy. Later, he apologised for his mistake. Here's the video:

West Ham lost 1-0 to Eintracht Frankfurt in the second leg of the semi-finals of the Europa League on Thursday as the latter stunned one and all and reached their maiden final, where they are set to face the Rangers for the mega title.

During West Ham's defeat, their boss David Moyes made heads turn as he lost his cool on a ball boy and smashed the ball towards him in anger. With 12 minutes left in the game, Moyes angrily kicked the ball at a ball boy after he thought that the latter was wasting time as 10-man West Ham conceded the intense semi-final to Frankfurt in the second leg, in Germany, and bowed out 3-1 on aggregate.

Here's the video of Moyes' angry reaction on the ball boy:

I wonder why David Moyes got sent off ....west ham gift that keep on giving #redcard pic.twitter.com/KiwyhI7Mk9

After the incident, Moyes told the reporters, "I have to apologise for kicking the ball but the ball boy left it short. I kicked the ball back at the ball boy, so I apologised for that. But he threw it very softly at me."

For the unversed, it was Moyes who saved West Ham from the brink of Premier League relegation in the 2019-20 season. Hence, he remains elated seeing the progress of the team despite missing out on a final spot in the Europa League.

"Getting to the semi-final of a cup competition like this is really important. It wasn't too long ago we were fighting relegation. It's been a great climb and I see no reason that shouldn't continue," Moyes added.