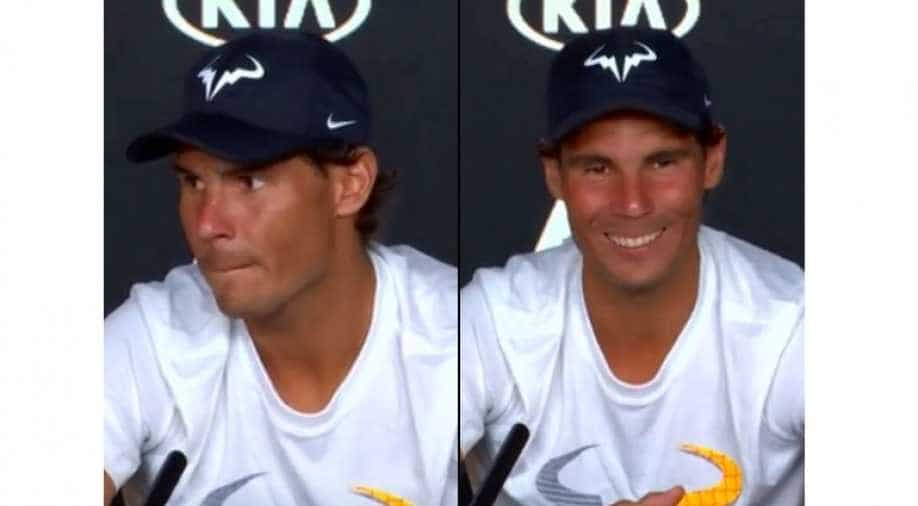 Rafael Nadal at his post-match news conference after defeating James Duckworth in first round. Photograph:( Reuters )

On spotting the napping journalist, Nadal asked, 'It's not interesting today?'

While speaking to media at his post-match news conference, Nadal stopped listening to a journalist's question and pulled a hilarious face when he caught a sleeping journalist.

On spotting the napping journalist, Nadal asked, "It's not interesting today?"

Also Read: Who will win the Australian Open? This is what the DNA says

Nadal, who played his first ATP Tour match after withdrawing from the US Open semi-finals last September with a knee injury, was in a good mood after the comfortable first-round win at Rod Laver Arena.

A journalist was sleeping during Rafael Nadal's post-match press conference.

He suggested one possible reason for the journalist's appearance, "I know who you must focus on, closing your eyes to be more focused on what I'm saying."

Second-seeded Nadal will meet Australia's Matthew Ebden in the second round.