Watch: MS Dhoni, his Yellow Brigade shake a leg 'off the field' ahead of IPL 2018 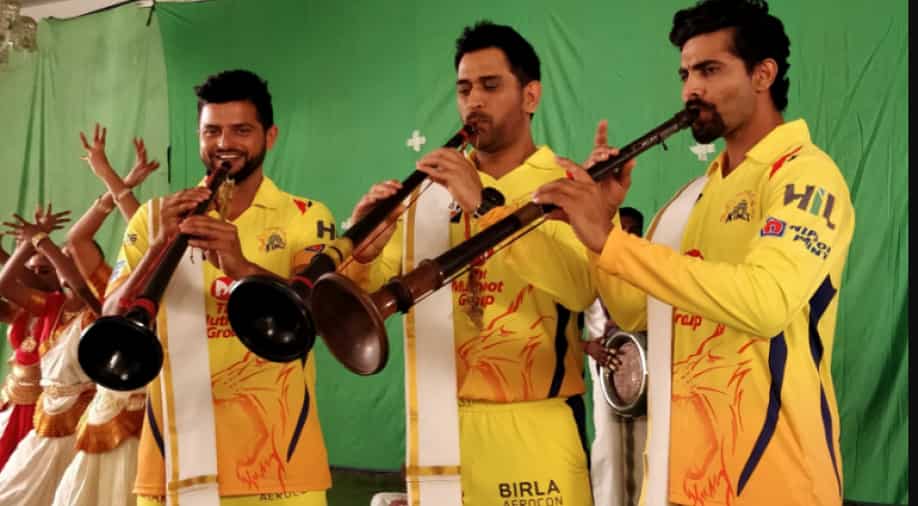 Mahendra Singh Dhoni (MSD) and his Chennai Super Kings teammates are set to return to cash-rich Indian Premier League (IPL) after a gap of two years.

While the team worked hard to got back into the groove in training, the 'Yellow Brigade' is also busy having loads of fun off the field.

Also read: Watch: MS Dhoni sweats it out in nets ahead of IPL 2018

In a series of videos uploaded by CSK on their Instagram and Twitter account, the Dhoni-led team can be seen shooting for a promotional video of their team for the cash-rich league, which commences on April 7.

The video, which stars MS Dhoni and other CSK players, shows the captain dancing and celebrating with his teammates.

Another clip has been uploaded in form of a boomerang video showing Harbhajan Singh performing bhangra while sitting in an auto.

The CSK club also posted several photos of the players preparing for the commercial shoot.

That's how you do last minute revisions...total focus amidst chaos! #Thala @msdhoni pic.twitter.com/sg4JY35AlS

Shoot day and what better than the Filter Kaapi to start it with! #WhistlePodu ???? pic.twitter.com/sT82vwVm4g

Dhoni has been the skipper of CSK for all eight seasons and the team saw its stars turn up for training including Dhoni, Suresh Raina, Murali Vijay, Dwayne Bravo, Shane Watson and former Mumbai Indian Harbhajan Singh.

However, they will miss the services of another regular R Ashwin, who was not retained by the franchise.

Ashwin was brought by Kings XI Punjab at the IPL auctions in January and was also assigned the responsibility to lead the team in the upcoming edition.