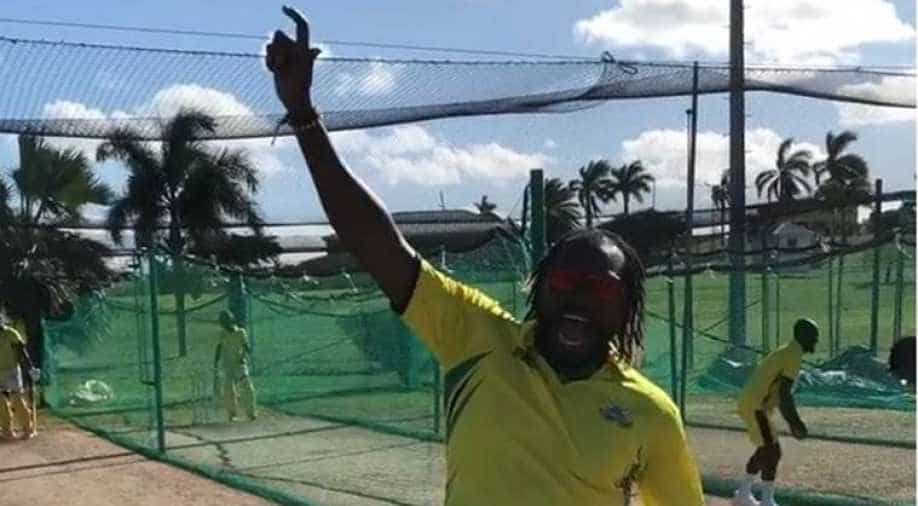 The left-handed batsman went unsold twice, before being lapped up by the Preity Zinta's Punjab franchise at the auctions held in January. Photograph:( Twitter )

Chris Gayle and his love for bhangra dance is not new, But everytime the destructive Windies opener manages to impress with his tadka moves.

With hardly six days left for the XIth edition of the Indian Premier League to begin, Gayle is seen having a gala time with other Kings Xi Punjab mundas.

Jamaican left-hander was dancing to the beats of a famous Punjabi song on a boat and even uploaded a video of the same on his Instagram account.

Gayle will turn up for the Kings XI Punjab in the 2018 Indian Premier League.

The left-handed batsman went unsold twice, before being lapped up by the Preity Zinta's Punjab franchise at the auctions held in January.

Gayle started his IPL career with Kolkata Knight Riders but didn't play a game in the inaugural edition due to an injury and national duty.

After spending another two years with the Kolkata franchise, the big-hitting moved to Royal Challengers Bangalore.

However, this year his parent franchise moved a muscle when Gayle's name came up.

Eventually, he was purchased at his base price by Punjab.