'Viv Richards ordered me to sit down': Shoaib Akhtar opens up on spat with Pakistani anchor on live show 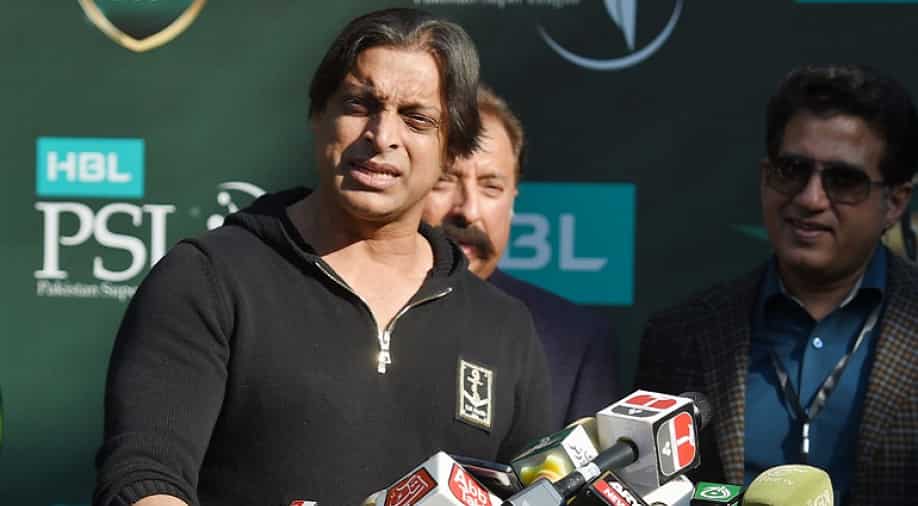 Shoaib Akhtar opened up on his spat with Nauman Niaz on a live show. Photograph:( AFP )

Former Pakistan pacer Shoaib Akhtar recently opened up on his spat with Pakistani anchor Nauman Niaz on a live show and revealed it was Viv Richards who had tried to calm him down during the incident.

Former Pakistan pacer Shoaib Akhtar recently opened up on his spat with anchor Nauman Niaz during a live show on a Pakistani news channel after the national team's win over New Zealand in the ongoing T20 World Cup 2021. Akhtar had walked out of the live show after the anchor told him he was being 'rude' and 'over smart during a panel discussion.

The incident happened on PTV News' show 'Game on Hai' where Akhtar was among the experts analysing Pakistan's performance against New Zealand. During the discussion, Akhtar credited Pakistan Super League (PSL) franchise Lahore Qalandars for the rise of fast bowlers - Shaheen Afridi and Haris Rauf.

Anchor Nauman Niaz interrupted him in between and said he was being over smart before asking him to leave the show if he wanted to. You’re being a little rude and I don’t want to say this: but if you’re being over smart, you can go. I am saying this on-air,” Niaz told Akhtar.

In a video shared on Instagram, Akhtar has now revealed he would have walked out earlier but it was West Indies legend Viv Richards, who was also a part of the panel, who stopped him and ordered him to sit down. Akhtar said he gave Niaz a chance to say sorry to him but the anchor didn't apologise for his behaviour which prompted the former Pakistan pacer to leave the show.

“I was a national star please accept that, you cannot say anything to a national star on national TV. There were many foreigners sitting in the show, Vivian Richards told me ‘I am ordering you to sit down.’ So I went back. I allowed him a chance to cover up, but he did not say sorry to me,” Akhtar can be heard saying in the video which appears to be from another Pakistani news channel.

Akhtar, who is regarded as one of the fastest bowlers of all time, played 46 Tests, 163 ODIs and 15 T20Is in his international career, picking up a total of 444 wickets across formats. He remains vocal about Pakistan cricket post his retirement and continues to remain associated with the game as an expert.