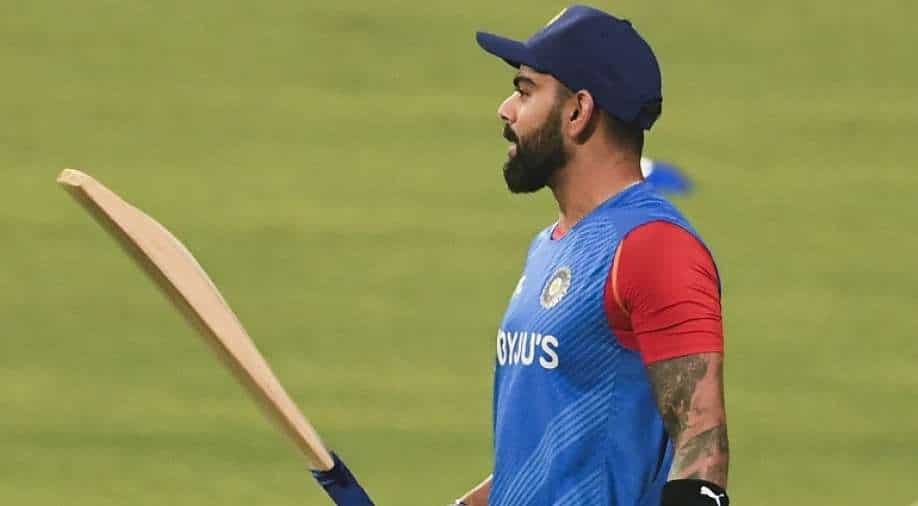 Virat Kohli has not scored a century in two years. Photograph:( AFP )

Former India pacer Ajit Agarkar feels ex-skipper Virat Kohli's form is crucial for the side as whenever the batter has scored runs, the team has ended up winning the game.

Kohli has not scored a century in two years with his last ton in international cricket coming way back in 2019 against Bangladesh. In the ODI series against West Indies, Kohli recorded scores of 8, 18, and 0.

Ahead of the India-West Indies T20I series, Agarkar spoke about Kohli returning after a break from T20Is without the captaincy.

"I don't think it will be any different to the batsmen, I think one of the top things about Virat Kohli, when he was captain was, that he didn't let his form falter. His runs didn't dry up with the extra pressure that can happen sometimes - that didn't happen with him which was his greatness as a captain as well," Agarkar said on Star Sports Show Game Plan.

"So, now that the captaincy pressure is off there might still be a role for him whether that's to play a bit more aggressively or still bat the whole innings and the other guys bat around him and bat more aggressively."

"I think that's for the team management to decide, but Virat Kohli's runs are so crucial for India - every time he scores runs India invariably end up winning. So, his form is crucial to India's success as well," he added.

Agarkar also compared Shreyas Iyer and Suryakumar Yadav pointed out who will be a better pick for the T20I series against West Indies.

ALSO READ: Focus on colour 'blue': Rohit Sharma tells Team India to get over with IPL auctions ahead of WI T20Is

"Both are very good players, both good strikers of the ball. I just feel Suryakumar Yadav is more versatile if you need him to bat a little bit higher or even if it`s at 5 or 6, he seems to have a bit more to his game or more all-around ability to his batting than Shreyas Iyer," said Agarkar.

"Shreyas Iyer is a terrific player who can strike the ball well but at this point, If I had to pick one out of the two - it'll have to be Suryakumar Yadav because he just seems in better form, seems to have a lot more all-round game and more suited to the number 5 or 6 at this point," he added.