This is how Virat Kohli will frustrate Australia in next Test 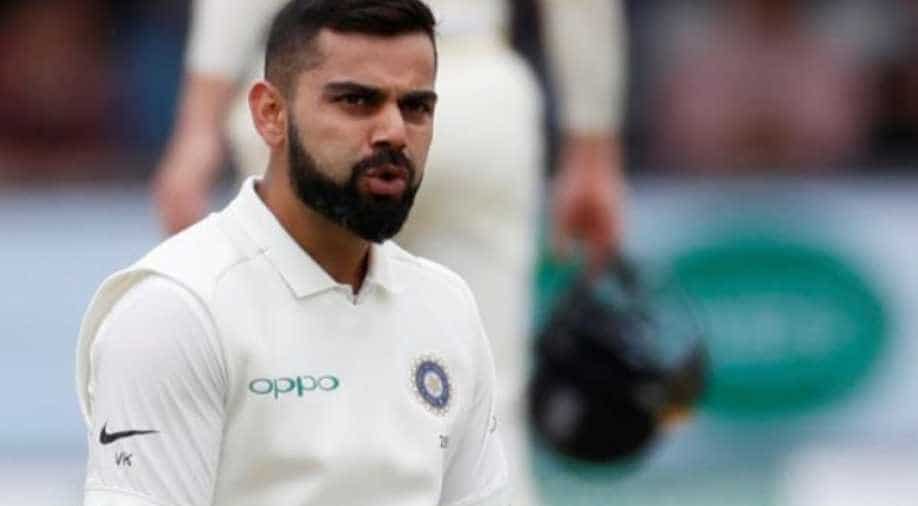 India won the opening Test of a series in Australia for the first time in 70 years.

India did not bat smartly in the first innings, reckoned skipper Virat Kohli on Monday, asking his team-mates to show more patience and application to frustrate the Australian bowlers in the remaining Tests of the four-match series.

India, who claimed the opening Test by 31 runs, were 86 for 5 in the first innings before Cheteshwar Pujara's gritty 123 helped the visitors post 250.

"In the first innings, we did not bat smartly in the first session and allowed their bowlers to get back in the game," said Kohli after India bowled out Australia for 291 in their innings to take a 1-0 lead in the series.

"The longer we stay at the crease, they will have to bowl 2nd or 3rd spells and you have more scoring opportunities because when the kookaburra gets softer, you can play shots easier," he said.

"In the second innings we had to take a different approach because there was time in the game, we did not want to score runs too early because if we keep them in the field, they will get frustrated and we will get runs later. That was one thing that we have to keep in mind for the next Test," he said.

In the second innings, Murali Vijay (18) and KL Rahul (44) put on a 63-run opening partnership to give India a good start.

"The way Vijay and Rahul batted in second innings, I think it was overcast and very important phase, they took on the bowlers, especially Rahul. I think those contributions should not be neglected. A 44-run contribution in the context of a 323-run target is massive," he said.

"I think everyone can be proud of how they played this game but given an opportunity, from 40 to get a big 100, that's something every batsman would want to do and that's something that all of us will try and do in the next game. If you have control of the game, drive home the advantage."

India won the opening Test of a series in Australia for the first time in 70 years.

The Indian skipper underlined the importance of this win in the context of the team's overseas cycle, wherein they have played well in South Africa and England, but failed to press on from positions of strength.

"Earlier we used to say that we have played very well but didn't win - we don't even want to think about. We don't want to think about playing well and not winning. Our aim is just to win and if the opportunity is there we will go to win," he said.

"We were totally convinced in our minds that a result is possible - either we will win or the match will be drawn. We didn't even think about defeat. We have to continue that mindset in the next few matches."

Kohli was all praise for man of the match Pujara for his innings and also lauded off-spinner Ravichandran Ashwin for perfect execution of his skills.

"Look as a captain you obviously want someone to put his hand up and Pujara was outstanding. He was the difference between the two teams for sure," said Kohli.

Ashwin picked up three wickets in each innings after bowling 86.5 overs in the match.

"He was given a specific role. I think he was very economical and bowled in the right areas, just to create enough chances and keep one end tight, because we didn't want to go overboard wanting him to attack too much as that would have opened up scoring options as well," Kohli said about Ashwin.

"He controlled the game nicely and kept us in the game, not letting it drift away too much away at any stage. I think he did his job perfectly, that's a good start for him. He hasn't started that well in Australia before and I think he can build on that."

Ajinkya Rahane also chipped in with a 147-ball 70 in the second innings and Kohli praised on the stylish batsman for his efforts.

"I think Ajinkya batted superbly as well, so fearless and positive and that's his game and that's his template; taking their bowlers on and not being intimidated. He has confidence in his own space, which I think is the most important thing for him," he said.

"And the fact that he could do it in the first game, we have seen him build on it in Australia in the past. If he can bat like that every Test match, I think, he certainly can take away the game from the opposition and set the game in a session. That's how good he is when he is on a roll," he added.