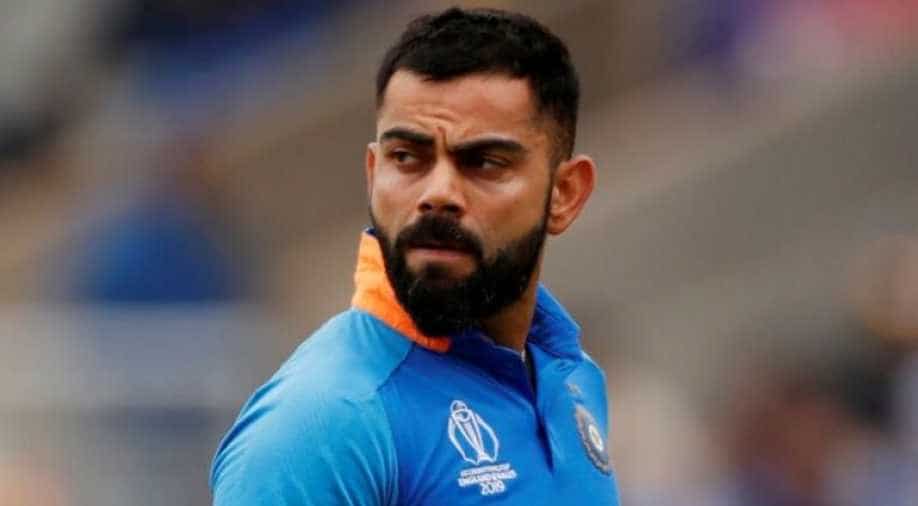 India skipper Virat Kohli on Friday registered his 26th Test century and as a result, became the first Indian to score 40 hundreds as skipper.

India skipper Virat Kohli on Friday registered his 26th Test century and as a result, became the first Indian to score 40 hundreds as skipper. Ricky Ponting has the most international hundreds as a skipper.

He had 41 centuries as the captain for Australia in international cricket. He achieved the feat on the second day of the second Test match against South Africa at the Mumbai Cricket Association Stadium in Pune. Kohli brought up his ton in the 109th over of the Indian innings.

The right-handed batsman now has 26 centuries in just 81 matches. With this knock, the 30-year-old also went past former cricketer Dilip Vengasarkar in the run-scoring charts. Vengasarkar had 6,868 runs to his credit.

Kohli is now at the 53rd position in the all-time list of leading run-scorers in Test cricket. On the first day of the second Test match, Kohli became the second Indian captain to lead the side in 50 Test matches.

He surpassed Ganguly to become the second Indian skipper to achieve the milestone. Former skipper MS Dhoni has led the Indian side for the most number of times in the longest format of the game. He captained India for 60 matches in the Test format.

The 30-year-old Kohli had 27 wins to his credit before the second Test match against West Indies, but with the win, Kohli took his tally to 28 wins in the longest format of the game.

India had registered a comprehensive 318-run win in the first Test match against Windies and as a result, Kohli had added yet another feather to his cap, becoming the most successful Indian captain in overseas Tests. Kohli had gone past former captain Sourav Ganguly to achieve the feat.

This was Kohli's 12th overseas Test victory. He broke the record in his 26th match as skipper on foreign soil. Ganguly had 11 Test wins from 28 matches. While filing this story, India had reached a score of 356/3 at the lunch break.