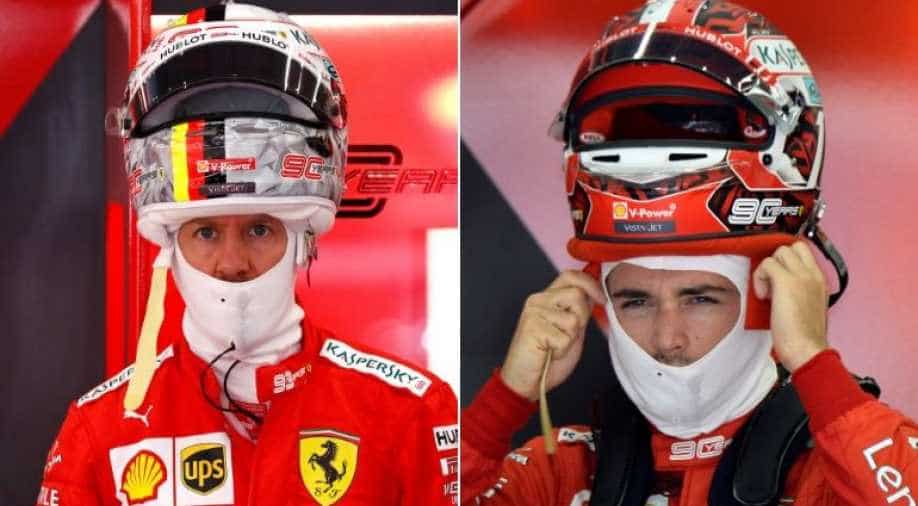 Sebastian Vettel topped the times ahead of his team-mate Charles Leclerc as Ferrari set the pace ahead of Red Bull in Friday morning's opening free practice at this weekend's Belgian Formula One Grand Prix.

The four-time world champion clocked a best lap in one minute and 44.574 seconds to outpace Leclerc by two-tenths of a second, a performance that supported Italian hopes that their team can enjoy success on the high-speed Ardennes circuit.

In front of thousands of his 'orange army' of Dutch supporters, Max Verstappen was third, just under a second adrift of the lead and less than one-tenth of a second ahead of his new Red Bull team-mate Alex Albon, who was making his debut with the team following promotion from Toro Rosso.

Valtteri Bottas, who celebrated his 30th birthday this week with confirmation of a Mercedes contract extension for 2020, was fifth ahead of championship leader and defending five-time champion Lewis Hamilton.

Both men were running Mercedes' upgraded power-unit for the first time, and Hamilton struggled with various issues including a throttle pedal problem and over-heating tyres in a frustrating session that saw him returning to the pits at regular intervals for adjustments and minor repairs.

Canadian Lance Stroll was seventh for Racing Point ahead of Daniel Ricciardo of Renault, Sergio Perez in the second Racing Point and Carlos Sainz of McLaren.

The session was run in mild and dry conditions with few interruptions apart from a brief use of the Virtual Safety Car (VSC) after the engine cover flew off Stroll's car on the Kemmel Straight and a spin for Toro Rosso's Daniil Kvyat.