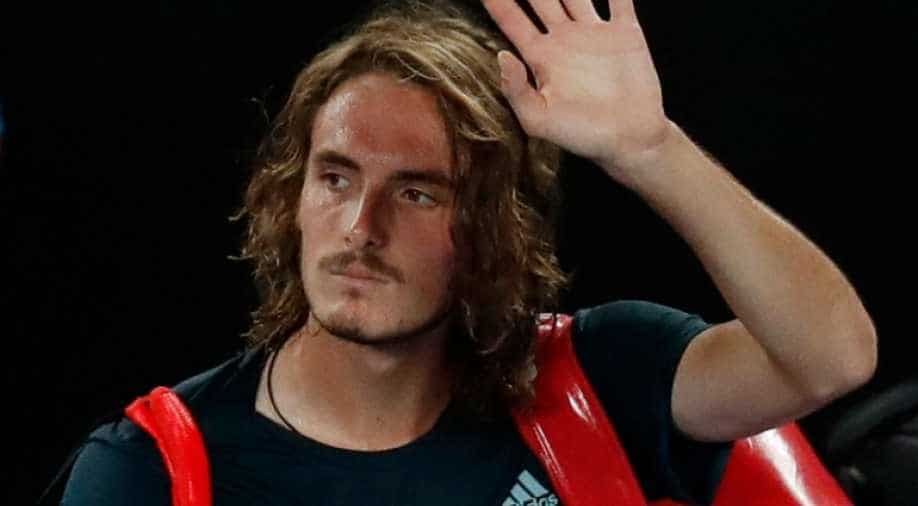 Stefanos Tsitsipas once riled Daniil Medvedev by calling him "boring", but he now considers the in-form Russian "smart" ahead of their Australian Open semi-final on Friday.

Stefanos Tsitsipas once riled Daniil Medvedev by calling him "boring", but he now considers the in-form Russian "smart" ahead of their Australian Open semi-final on Friday.

The pair two men first met on court at Miami in 2018 and have played six times, with Medvedev leading their series with five wins.

But the popular Greek Tsitsipas, who came back from two sets down to shock 20-time Grand Slam champion Rafael Nadal in the quarter-finals, won their last encounter at the ATP Tour Finals in 2019.

A war of words erupted between Tsitsipas and Medvedev after their 2019 clash in Shanghai, when the Greek lashed out at the Russian's "boring" style of play, with his big serve and relentless baseline rallies.

Their frosty relationship has persisted, but Tsitsipas no longer considers him dull, with the 24-year-old on a 19-match win streak dating back to November.

"He just plays extremely smart and outplays you. He's somebody I really need to be careful with and just take my chances and press. That would be very important."

It was just the second time Nadal had lost when two sets up in a Grand Slam and only the third time in his entire long career.

"Tough to play. I think he's improving physically because maybe two years ago could say, yeah, out of five sets it's maybe not bad to play him. I don't think it's the case right now."

Despite the gruelling clash with Nadal and less time to prepare than Medvedev, Tsitsipas -- who had benefited from a fourth-round walkover against Matteo Berrettini -- insisted he didn't feel "completely exhausted".

"I got the opportunity to play longer, feel the court, understand the environment that I'm in. So that could probably be seen as something positive," he said.

"I think with experience I have realised how to preserve my energy and when I really have to put in the hard work in the match."

Both men head into the semi-final bidding for a maiden Grand Slam title.

Tsitsipas has never gone beyond a semi-final before, falling to Nadal in the last four at the 2019 Australian Open and to Djokovic at Roland Garros last year.

He has his sights set on becoming the youngest Grand Slam champion since Djokovic won the title at Melbourne Park in 2008 and the first Greek, man or woman, to lift a major trophy.

Medvedev will be playing his first semi in Melbourne as he continues to knock on the door of Grand Slam success, having reached the 2019 US Open final, where he was pipped in five sets by Nadal, and the last four in New York in 2020.