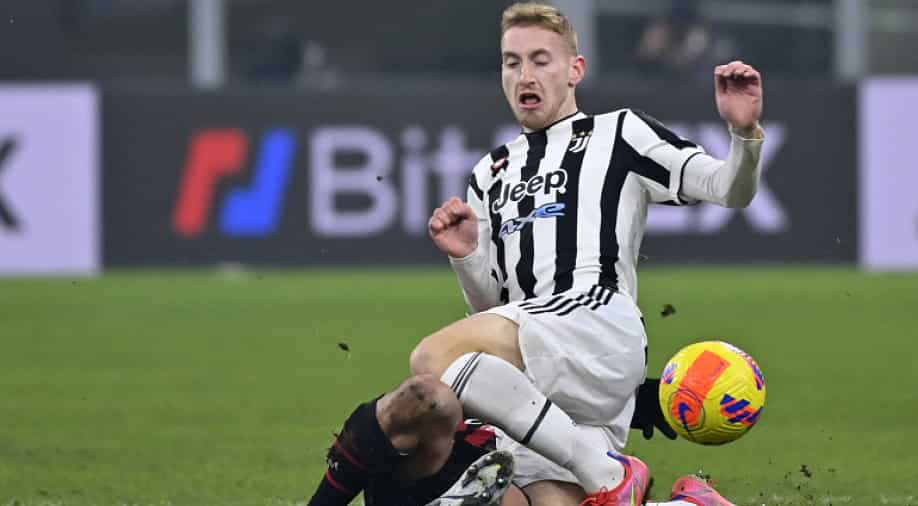 Dejan Kulusevski has been signed on a loan deal from Juventus. Photograph:( AFP )

Tottenham Hotspur have signed midfielders Rodrigo Bentancur on a permanent deal and Dejan Kulusevski on a loan deal from Juventus on deadline day.

Conte has called for reinforcements on multiple occasions since taking charge of the Premier League club, but was forced to wait until the final day of the window to sign the midfield duo.

Juventus said in a statement that Spurs signed Bentancur on a contract running up to 2026 in a deal worth 19 million euros ($21.30 million), with six million euros added on in bonuses.

Meanwhile, Kulusevski arrived on loan until June 2023 for a fee of 10 million euros, with an obligation to buy for 35 million euros, pending certain "sporting objectives" being met during the 2022-23 season.

Kulusevski, 21, joined Juventus from Atalanta in a 35 million euro deal in 2020, but has failed to hold down a regular starting spot in Turin.

Bentancur, who signed for Juventus in 2017, won three Serie A titles and made 181 appearances in his five seasons with the club.

The two midfielders are the latest additions to the Spurs set-up to have ties with Turin, with Spurs manager Conte and managing director of football Fabio Paratici also having previously worked with the Serie A club.

Spurs also wrapped up an outgoing transfer on the final day of the January transfer window, with Tanguy Ndombele returning to former club Olympique Lyonnais on loan with an option to buy for 65 million euros, according to media reports.

Seventh-placed Tottenham remain well in the mix for fourth spot, being just two points behind fourth-placed Manchester United in the league with two games in hand and also having games in hand over West Ham United and Arsenal.