Tokyo Olympics - 'Wife told me not to fight': Boxer Satish Kumar on fighting with 13 stitches in quarter-final 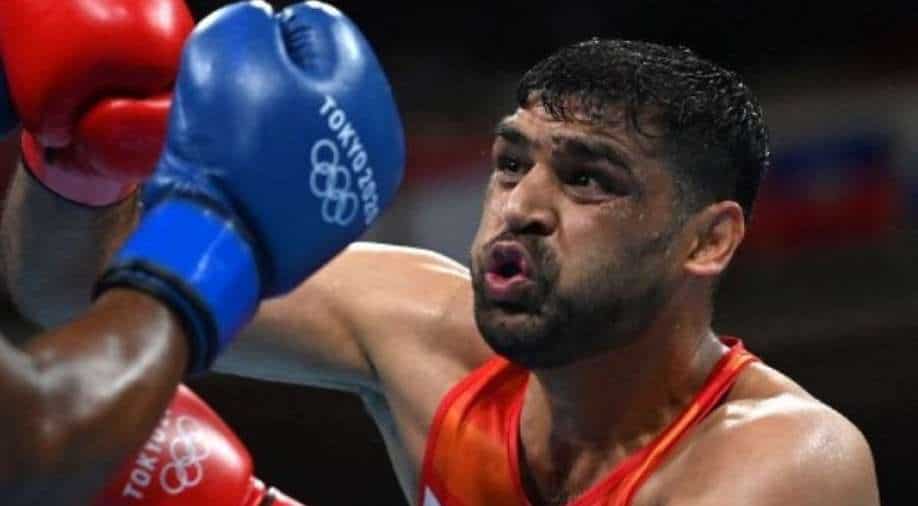 India's first super-heavyweight Olympic boxer Satish Kumar went down fighting as he missed out on a medal after losing to Uzbekistan's Bakhokdir Jalolov in the quarter-final of the men's +91kg at Tokyo Olympics 2020 on Sunday (August 1). Despite the loss, the boxer has earned praises for showing an immense courage as he turned up against his opponent with 13 stitches on his face that he sustained during the pre-quarterfinals.

BFI President Mr. @AjaySingh_SG were all praises for @satishyadavbox on his courageous efforts at the quarterfinals of super heavyweight at @Tokyo2020 earlier today as he took boxing great Jalolov 💪🏻#RingKeBaazigar#Boxing#Tokyo2020#Cheer4India#TeamIndia pic.twitter.com/TxIzHwBL8U

He opened up about his injury and said, "My chin has seven stitches and my forehead has another six. I knew I wanted to fight. Otherwise, I would have lived with that regret of what if. Now I can be at peace and also probably a little content with myself that I gave my best."

After getting a medical clearance to fight, the 32-year-old boxer displayed a spirited performance in the fight but lost to the technically superior Uzbekistan boxer by unanimous decision.

Also not that, all five Indian men boxers have been knocked out of the tournament, the other four were eliminated in their their respective opening rounds.

However, female boxer Lovlina Borgohain has bagged a medal for India by advancing to the semi-final.

Satish Kumar is also a two-time Asian Games bronze-medallist and a multiple-time national champion. He is and the first super heavyweight from India to qualify for the Olympics.

After the bout, he said, "My phone hasn't stopped ringing, people are congratulating me as if I won."