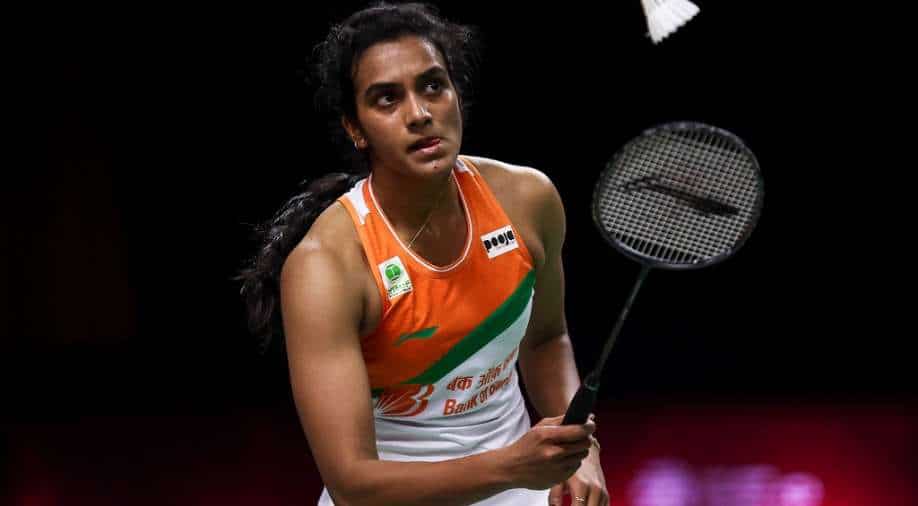 In her next match, PV Sindhu will take on Hong Kong’s Cheung Ngan Yi on or before July 28.

Indian badminton star and Olympic silver medallist PV Sindhu started her campaign with a comfortable 21-7, 21-10 victory over Ksenia Polikarpova of Israel in her first match of Group J of the women’s singles at the Tokyo Olympics on Sunday (July 25).

Sindhu lost the first two points but soon bounced back with frequent cross-court shots to register an easy win in straight games.

In the first game, the reigning badminton world champion won 13 points in a row at one point to get a lead but dropped two points. She then took control and finished the game within 13 minutes.

While in the second game, Sindhu was attacking and the opponent made some errors too. The Indian star wrapped up the victory in just 29 minutes.

In her next match, PV Sindhu will take on Hong Kong’s Cheung Ngan Yi on or before July 28.

Sindhu is hoping to bag the gold medal this time as she has the agony of losing the elusive gold in Rio after getting defeated by Spain's Carolina Marin, who withdrew from the Tokyo Games after tearing her anterior cruciate ligament (ACL). Sindhu had said that she will "miss her and that rivalry on the court". She added that "even though she's not there it's still not going to be easy" as she has will some fierce competitors like Taiwan's Tai Tzu-Ying, China's Chen Yu Fei and Japan's Akane Yamaguchi.