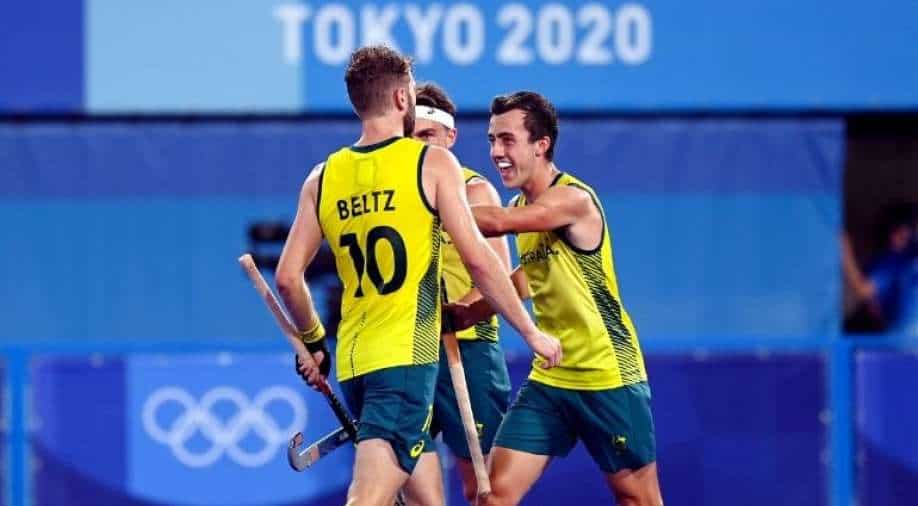 India men`s hockey team was not able to carry their winning momentum as the Manpreet Singh-led side stumbled to a defeat at the hands of Australia in their second Group A game in the ongoing Tokyo Olympics.

ALSO READ: Tokyo Olympics 2020: India's Mary Kom through to Round of 16

Australia defeated India 7-1 here at the Oi Hockey Stadium North Pitch. India will next take on Spain on Tuesday.

Australia dent another blow as Jeremy Hayward went through India goalkeeper PR Sreejesh and as a result, Australia took a 2-0 lead, creating more pressure on India. In the same quarter, Flynn Ogilvie scored as well, giving Australia a 3-0 lead.

India had no answers to whatever was being thrown at them, and they quickly conceded another, to go 0-4 down in the second quarter.

In the third quarter, India finally managed to get on the scoring sheet as 21-year-old Dilpreet Singh rose up to the challenge. However, Australia once again restored their four-goal lead as Blake Govers scored through a penalty stroke, giving Australia a 5-1 lead.

Minutes later, Glovers scored again and Australia gained a 6-1 lead, and India ran the risk of conceding goals in double digits. In the fourth and final quarter, Australia scored one more goal and in the end, they registered a thundering win.