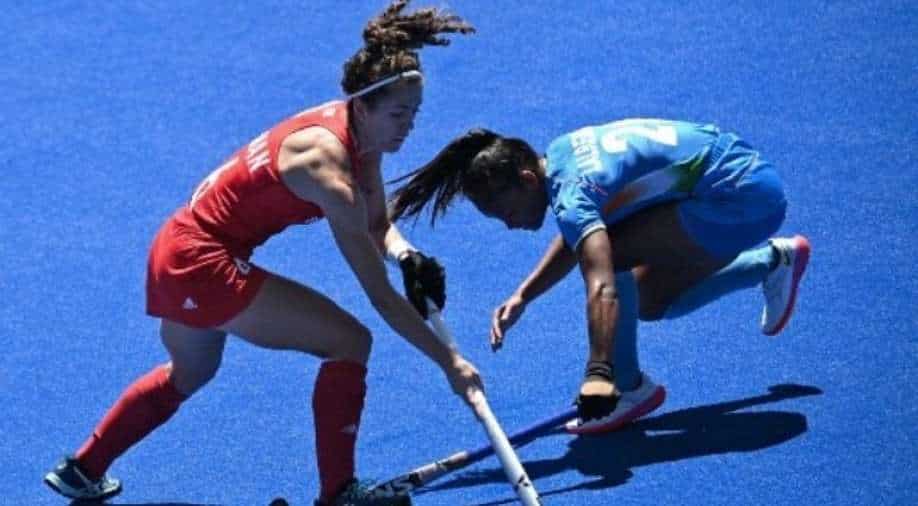 The first quarter remained goalless. The Great Britain team was pressing hard but they failed to convert several chances. The Indian goalkeeper Savita Punia displayed stood like a wall in the Q1 and denied shots from Ellie Rayer and Sarah Jones in quick succession.

In the second quarter, Great Britain took a 1-0 lead when Ellie Rayer found an opportunity as she drove around the back of the Indian defence from the right. Her attempted cross was put into the goal by India's Deep Grace Ekka. GB's Sarah Robertson scored again by smashing a diving backhand strike in off the left post. They got a two-goal advantage.

India then went to score again as Vandana found a gap between Hinch and her near post to put her team into the lead. The Q2 ended with a scoreline of 3-2 in favour of India.

FULL TIME! A valiant effort from India, but Great Britain hold on for the bronze medal! Congratulations to GB, who have won medals at three successive Olympics: 2012 (Bronze), 2016 (Gold), 2020 (bronze)

In the third quarter, Great Britain levelled the score 3-3 with Hollie Pearne-Webb scoring from the top of the circle. The Q3 ended with 3-3.

In the fourth quarter, Great Britain took a 4-3 lead when Grace Balsdon converted a penalty, which remained the final score.