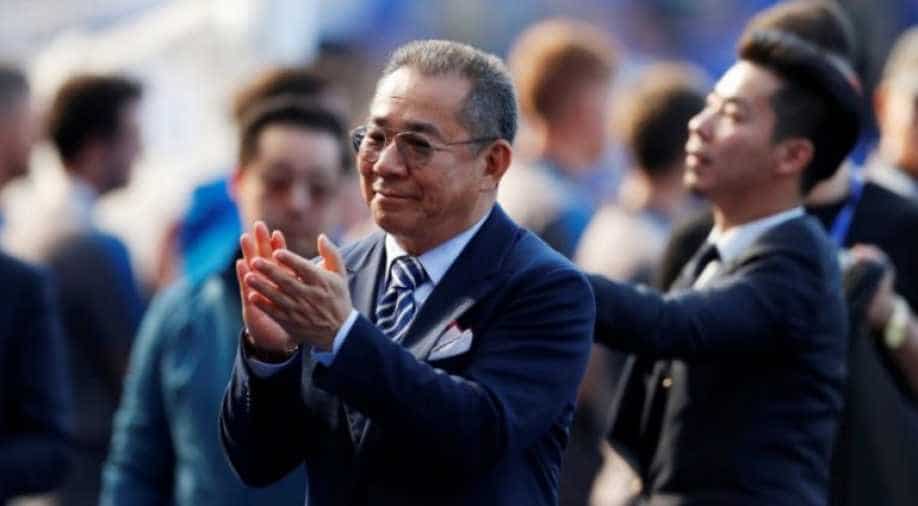 The chopper crashed in the car park of the Leicester City stadium on Saturday night. Leicester had just finished playing West Ham.

Leicester City has confirmed that the club's owner, Vichai Srivaddhanaprabha, died in the helicopter crash that took place in the parking lot of the stadium on Saturday.

"It is with the deepest regret and a collective broken heart that we confirm our chairman, Vichai Srivaddhanaprabha, was among those to have tragically lost their lives on Saturday evening when a helicopter carrying him and four other people crashed outside King Power Stadium," the club said in a statement.

The statement further added that the club's thoughts were with "the Srivaddhanaprabha family and the families of all those on-board at this time of unspeakable loss".

"Leicester City was a family under his leadership. It is as a family that we will grieve his passing and maintain the pursuit of a vision for the club that is now his legacy," it added.

On Saturday, eyewitnesses said that they saw a huge fireball after the helicopter spiralled out of control and crashed. Leicester had just finished playing West Ham.

While, the identification of others is yet not done but which are believed to be dead in the crash are Vichai Srivaddhanaprabha,two members of his staff Nursara Suknamai and Kaveporn Punpare, Pilot Eric Swaffer and Passenger Izabela Roza Lechowicz.

As per the club's statement, Srivaddhanaprabha is "a man of kindness, of generosity and a man whose life was defined by the love he devoted to his family and those he so successfully led".

Vichai bought the club in 2010 and became chairman the following February.

It was under the ownership of Vichai that Leicester created one of the biggest shocks in English football history by winning the 2015-16 Premier League, having started the season as 5,000-1 outsiders for the title.