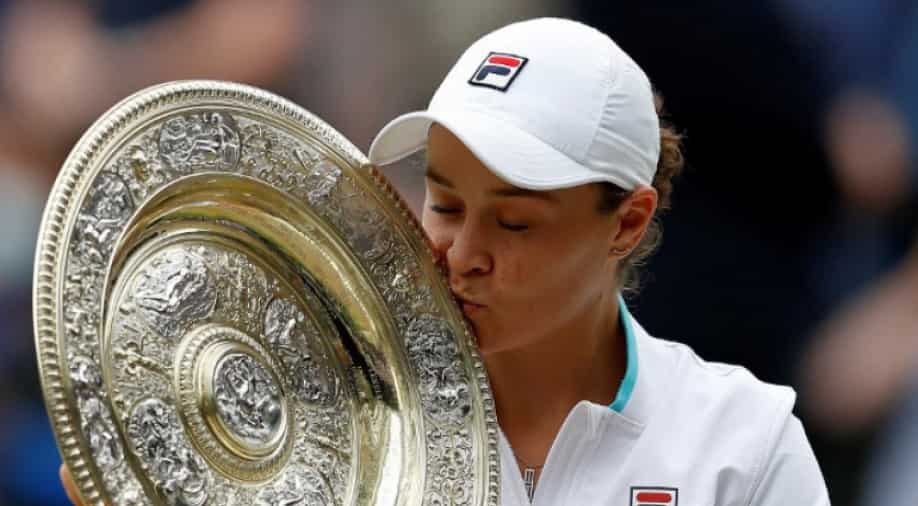 It required 10 years of determination and managing extreme losses for her to at long last engraving her name on the Venus Rosewater Dish. While considering her excursion, Ashleigh Barty spouted about how famous the Wimbledon venue is, prior to considering herself a lucky woman.

Ashleigh Barty had a stupendous ending with a 6-3, 6(4)- 7, 6-3 triumph over Karolina Pliskova in the final of Wimbledon 2021. With the success, she finished Australia's 41-year hang tight for the Venus Rosewater Dish.

Having satisfied a childhood dream, Ashleigh Barty was overflowing with emotions in her post-match press conference. She said: "To be able to be successful here at Wimbledon, to achieve my biggest dream, has been absolutely incredible. The stars aligned for me over the past fortnight."

Barty additionally added had a feeling of doubt in the prompt repercussions of the success. She proceeded to devote the memorable accomplishment to her team and individuals who helped her on her excursion towards accomplishing her fantasies.

"It was the most incredible feeling I think I’ve ever experienced on a tennis court. There was certainly disbelief. I think I’ve worked so hard my whole career with my team and with people that mean the most to me to try and achieve my goals and my dreams. To be able to do that today was incredible."

She further explained on creating her own heritage in a rich wearing country like Australia. She trusts that her win can move the age coming after her to put stock in their dreams.

"Australians have such a rich history in the sport, and I think being able to be a very small part of that is something I always dreamt of, try and create a legacy, try and create a path for young girls and boys to believe in their dreams. Being able to kind of live through that and learn my lessons along the way has been some of the best parts of my journey."

It required 10 years of determination and managing extreme losses for her to at long last engraving her name on the Venus Rosewater Dish. While considering her excursion, Ashleigh Barty spouted about how famous the Wimbledon venue is, prior to considering herself a lucky woman.

"I feel like Wimbledon is where tennis was born essentially. This is where it all started. This is where so many hopes and dreams were kind of born. I think being able to understand that as I played here and played here as a junior, was able to experience that incredible week," she said.

"I’ve said before, some of my toughest moments have come at Wimbledon. Now some of my most incredible moments have come here as well. I think it's just an iconic venue. It's an amazing club. To be able to learn so much from this place, I think I'm a very lucky girl," she added.