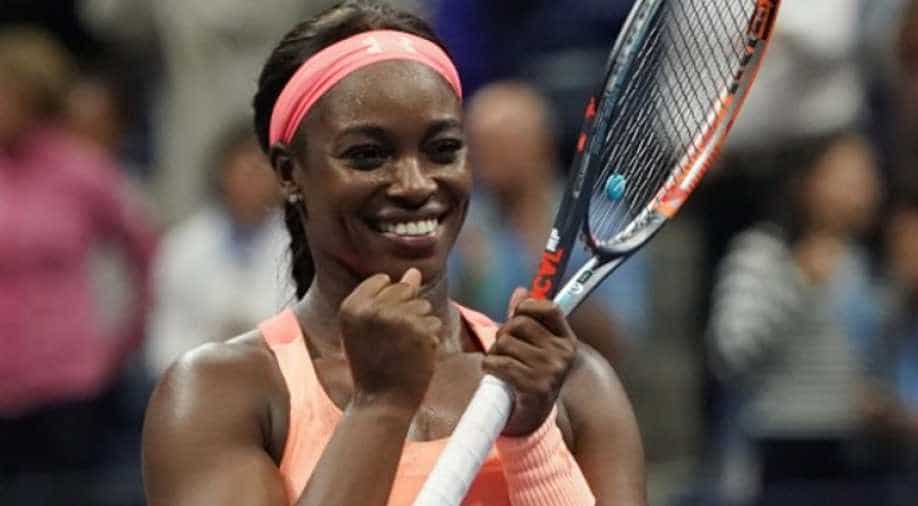 Sloane Stephens was pummelled by Anastasija Sevastova at the WTA Elite Trophy in Zhuhai on Wednesday, her third successive defeat since winning the US Open. Photograph:( AFP )

Sloane Stephens was pummelled by Anastasija Sevastova at the WTA Elite Trophy in Zhuhai on Wednesday, her third successive defeat since winning the US Open.

The American seeded third in the tournament was beaten by the Latvian fifth seed in two straight sets 7-5, 6-3 in one hour and 28 minutes at the Hengqin International Tennis Centre.

Stephens, 24, was a first-round loser at the Wuhan Open and the China Open in Beijing before pulling out of Hong Kong, but insisted Monday she wasn`t feeling under pressure.

"I don`t think I played terribly," she said of Wednesday`s match.

"I was happy to be playing better than my last matches, so that`s a good thing."

Twenty-four-year-old Mladenovic, ranked at a career-high number 10, still has a chance to qualify for the semis but Rybarikova was confirmed out late Wednesday given the round robin format.

"(There were) ups and downs from my side, but... there`s a lot of things to take out from this match, lots of positives," Mladenovic told journalists.

But her first-match loss in Zhuhai also follows a recent poor run, including an upset by Croatian Jana Fett at the Japan Women`s Open in September, where she was again top seed.

Earlier in the season, she reached the semi-finals at Indian Wells -- a result which saw her break into the world top 20 for the first time, temporarily overtaking Caroline Garcia as French number one.

"(It was) a pretty unique season," she said.

"The second part is dramatic, is terrible. The first part is also dramatic but in a positive way."

Despite "the tricky journey", the French number two said she had improved a lot.

Separately, the tournament`s youngest player and ninth seed Ashleigh Barty cruised to victory over Russian Anastasia Pavlyuchenkova in just one hour and 11 minutes, firing nine aces for a 6-4, 6-1 triumph.

The 21-year-old, who began the year ranked outside the top 300, made the final in Wuhan and recently became Australia`s top player.

"I feel like I`m playing really well this whole year," she told media, adding that she wants to finish "strong".

On Thursday she faces German Angelique Kerber who she met in Brisbane at the start of the season. Kerber, then world number one, survived a big scare from the Australian wildcard entry.

"I think I`m in a bit of a different position than I was in January when we played against each other," Barty, now ranked 20 in the world, said.