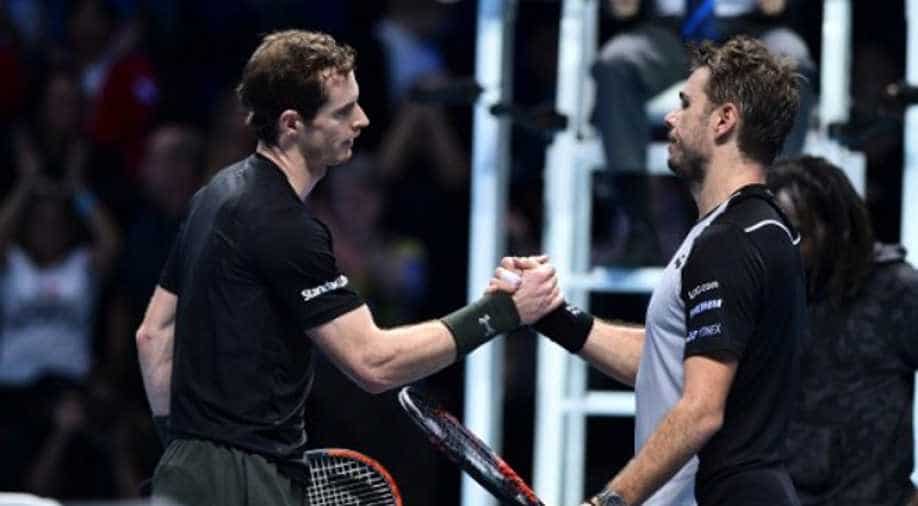 Murray must win the Tour Finals for the first time to guarantee finishing 2016 in pole position, ahead of Djokovic. Photograph:( AFP )

Andy Murray swept into the semi-finals of the ATP Tour Finals with a 6-4, 6-2 victory over Stan Wawrinka on Friday as the world number one remained on course for a final showdown against Novak Djokovic.

Murray brushed aside Wawrinka in 86 minutes at London's O2 Arena to ensure he finished top of his group and avoided a last four clash with Djokovic.

Instead, the 29-year-old will face Canada's Milos Raonic in Saturday's semi-finals.

Wawrinka's defeat means Japan's Kei Nishikori qualifies as runner-up to Murray and he takes on defending champion Djokovic in the other semi-final.

Murray ended Djokovic's 122-week reign at the top of the rankings two weeks ago, but to guarantee finishing 2016 in pole position, he must win the Tour Finals for the first time.

He looks in the mood to do just that on the evidence of a ruthless performance against US Open champion Wawrinka, which took his winning streak to 22 matches and equalled his career best run earlier this year.

"The first set was tight. There weren't many chances. I managed to get the break late in the set," Murray said.

"In the second set I'd already qualified for the semis so maybe it was easier for me to play more free than him. Stan is one of the best players in the world. When he's at his best he's unplayable, but I played a solid match. I'm happy to get to the semis."

This has been an incredible year for Murray, who has won Wimbledon for the second time, claimed a second Olympic gold medal and become a father for the first time.

To finish it on another high, Murray must repeat this year's Wimbledon and Queen's final triumphs against the big serving Raonic.

That would set up a possible winner-takes-all meeting with his old rival Djokovic to determine who secures the Tour Finals title and the world number one ranking.