Tennis: ‘I really don't know, have got to regroup’: Roger Federer uncertain on Wimbledon future 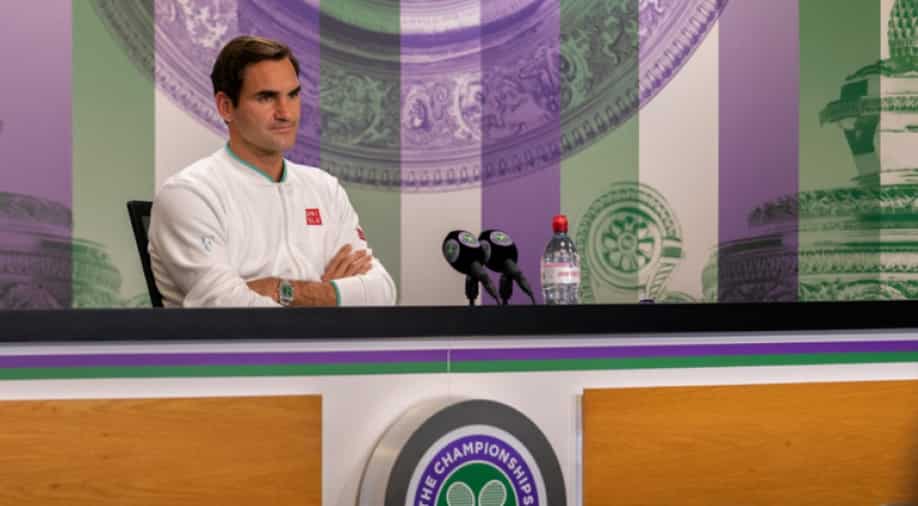 Given his age along with injuries, many pondered the outcome of his ruthless loss in the event that they had said a final farewell to Roger Federer at Wimbledon.

Roger Federer endured a pounding 6-3, 7-6(4), 6-0 loss against Hubert Hurkacz in the Wimbledon quarterfinals on Wednesday. While Hubert Hurkacz played some quality tennis all through the match, Roger Federer was languid and he crashed to his first straight-sets defeat at SW19 since 2002.

Given his age along with injuries, many pondered the outcome of his ruthless loss in the event that they had said a final farewell to Roger Federer at Wimbledon. The 20-time Grand slam champion was asked that question during his post-match press conference, however, he wouldn't offer an immediate response.

Roger Federer uncovered he would talk about his future strategy with his group in the coming days: "I don't know, I really don't know. I got to regroup. My goal was always, for the last year and more, to try and play another Wimbledon. The initial goal, as you know, was to play last year. That was never going to happen, plus the pandemic hit."

"I was able to make it this year, which I'm really happy about. Like I said, with everything that comes after Wimbledon, we were always going to sit down and talk about it because clearly now Wimbledon is over. I got to take a few days," he added.

Roger Federer further asserted he would endeavor to have the conversation as right on time as Wednesday night. He then, at that point gave a more inspirational perspective about his future, attesting that planned to deal with his physical fitness and attempt to be "more competitive" going ahead.

The eight-time Wimbledon champion additionally asserted he and his group were happy with his appearance at the current year's Wimbledon. Roger Federer recognized he might want to get back to the Championships later on, however forewarned that things can be eccentric at his age.

"Obviously we're going to speak a little bit tonight, depending on how I feel, then the next couple of days as well," Roger Federer went on. "Then we go from there, just see, okay what do I need to do to get in better shape so I can be more competitive."

Roger Federer added that right now he is finding it hard to play the sort of shots that he did effortlessly during his greatest years.

"Clearly there's still a lot of things missing in my game that maybe 10, 15, 20 years ago were very simple and very normal for me to do," Roger Federer said. "Nowadays they don't happen naturally anymore."

Roger Federer conceded that the defeat stung and that he was "exhausted" in its outcome. The Swiss likewise clarified that after a devastating loss like this, it seems like you have the weight taken off your shoulders.

"I felt very disappointed in the moment itself, I still am," Roger Federer said. "At the same time there's always a weight that falls off your shoulders when a tournament is over when a huge goal is made or missed. It doesn't matter actually. You feel the weight is gone and you're exhausted. I feel horribly exhausted. I could go for a nap right now. That's how I feel."