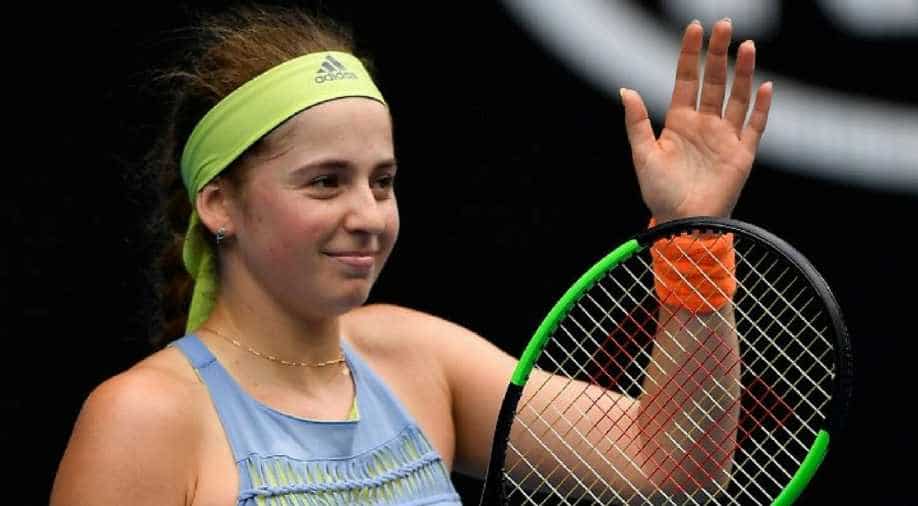 Jelena Ostapenko celebrates her victory against Italy's Francesca Schiavone after their women's singles first round match on day one of the Australian Open. Photograph:( AFP )

Jelena Ostapenko said that ever since winning the French Open she has become a marked woman with everyone trying to beat her.

That included corset-wearing Italian veteran Francesca Schiavone, who failed in her task in the Australian Open first round on Monday, losing 6-1, 6-4.

But she found herself 4-1 down in the second to the world number 93 who was bizarrely wearing a weightlifter-style back brace over her tennis top.

The big-hitting Latvian soon found her range again and hit back with two breaks of the Schiavone serve, the second achieved with a trademark forehand winner.

Ostapenko then served out with no further alarms to take the match in one hour and 14 minutes.

"I mean, of course, it's tough, especially after winning at the age of 20. Everybody wants to beat you," she said of entering a major tournament as a former Grand Slam champion.

"You have to prepare very well for every match. But on the other side, I have nothing to lose. I've already won the Grand Slam. I just enjoy every match and show my best."

Following her French Open success, Ostapenko finished the year in the top 10 for the first time in her career and has taken the leap to being a high-profile player in her stride.

"I think after French I did well at Wimbledon. That gave me even more confidence," she said.

That will be against China's Duan Yingying who overcame Colombia's Mariana Duque-Marino in straight sets.