Talking points from the weekend in Serie A 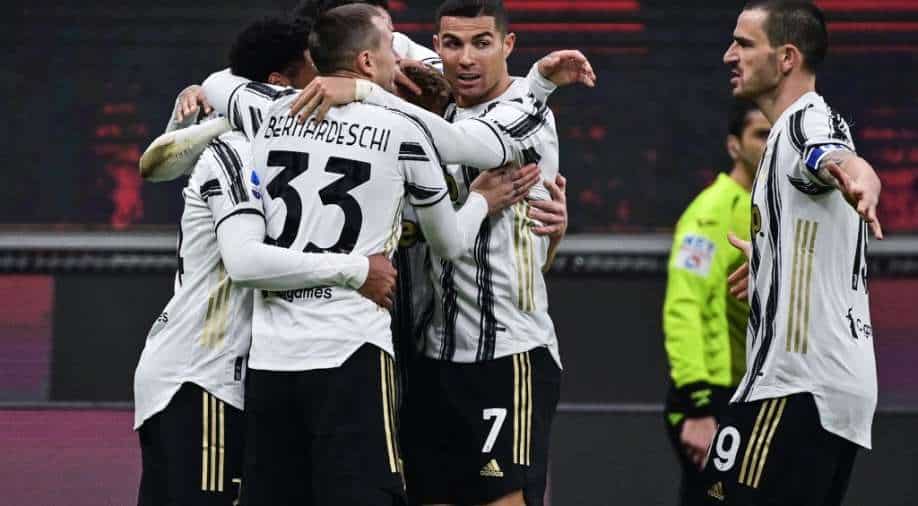 Juventus’ 3-2 win over champions Inter Milan in the 'Derby of Italy' kept their Champions League qualification hopes alive. Atalanta became the first club to join Inter in the Champions League next season after a typically entertaining 4-3 win over Genoa and Filippo Inzaghi’s Benevento is perilously close to being relegated after conceding a stoppage-time equalizer to draw 1-1 against already-demoted Crotone.

Juventus’ 3-2 win over champions Inter Milan in the 'Derby of Italy' kept their Champions League qualification hopes alive, but the game was overshadowed by a string of contentious refereeing decisions.

Referee Gianpaolo Calvarese awarded two penalties to Juventus and one to Inter and sent off players from both teams, Rodrigo Bentancur and Marcelo Brozovic.

Tensions ran high at the end of the match, when Inter’s 83rd-minute equalizer was ruled out for a foul before the decision was overturned following a VAR review, only for Juve to almost immediately regain the lead when they were awarded and converted a penalty.

The various decisions sparked a huge debate in the media, while Brozovic reacted on social media by calling it a “scandalous match”.

Juve captain Chiellini was later fined 1,500 euros for his protests to Calvarese during the game, while Inter assistant manager Cristian Stellini said at full-time: “the episodes are so clear and evident that it is useless to even comment on them”.

Juventus remain fifth, one point behind Milan in third and Napoli in fourth ahead of the final round.

Milan squandered the chance to book a place in the Champions League for the first time since 2013-14 as they stuttered to a 0-0 draw at home to Cagliari.

They face a tricky trip to Atalanta on the final day, while Napoli host Hellas Verona and Juve go to Bologna.

Atalanta became the first club to join Inter in the Champions League next season after a typically entertaining 4-3 win over Genoa made it impossible for fifth-placed Juventus to catch them due to the Turin club’s worse head-to-head record.

It was another remarkable achievement for the small Bergamo club, who will grace the competition for a third consecutive season despite having the 11th-highest wage budget in the division.

“It was difficult to think that we would reach the Champions League three years in a row, especially this season, because repeating the feat is never easy,” coach Gian Piero Gasperini told Sky Italia.

“The team had a great reaction from December onwards, despite very tough competition. This year feels even better than the others because it was the most difficult.”

Filippo Inzaghi’s Benevento is perilously close to being relegated after conceding a stoppage-time equalizer to draw 1-1 against already-demoted Crotone.

Spezia and Cagliari’s top-flight security is now safe ahead of the final day of the season, but Inzaghi needs help from his brother Simone, coach of Lazio, to keep Benevento’s hopes of overtaking Torino alive.

Torino, in 17th, are three points ahead of Benevento below them but have a game in hand to come away to Lazio on Tuesday, where a draw would be enough for them to stay up.

If they lose, it will come down to a final-day clash between Torino and Benevento in Turin.

“Lazio will play their game, as Crotone did today despite being relegated. Unfortunately, it is no longer up to us,” Inzaghi said.