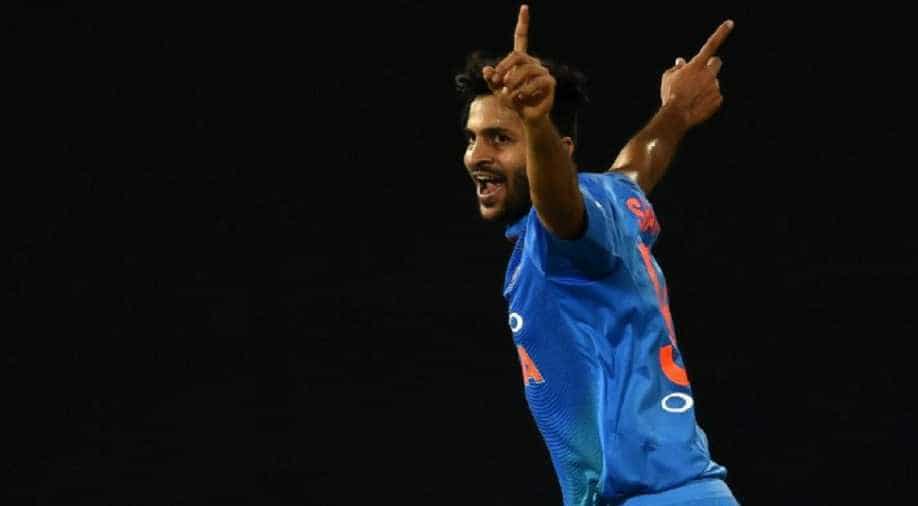 India secured a seven-wicket victory over Sri Lanka on Tuesday and Virat Kohli-led team gained a 1-0 lead in the three-match T20I series. Thakur picked up three wickets in the 19th over which throttled Sri Lanka's batting

After helping India secure a massive win over Sri Lanka in the second T20I, bowler Shardul Thakur said he is satisfied with his performance and it makes him happy to perform on an international level.

"Pretty much. I have been working hard for it and in an international game, when it pays off, it really makes me happy," Thakur said in the post-match press conference when asked if he was satisfied with the performance.

India secured a seven-wicket victory over Sri Lanka here on Tuesday and Virat Kohli-led team gained a 1-0 lead in the three-match T20I series. Thakur picked up three wickets in the 19th over which throttled Sri Lanka's batting.

Thakur also stated that playing cricket continuously for the last two-three years has helped him to get better at his game.

"I feel, T20 is such a short format and it is always going to be up and down. The more you play, the more experience you get and you keep learning. Whereas, the five-day format is a more settled format and you have time to think about your game. But in T20, you have to make precise decisions," he said.

Thakur further credited his innings in IPL and domestic cricket for giving him an edge in his performance, over the years.

"...Over a period of years, while practicing, I have been developing my skills and just brushing it up. I think by playing continuously for the last 2-3 years, in the IPL and domestic circuit, I am getting better," Thakur added.

The third T20I between India and Sri Lanka will be played on January 20.