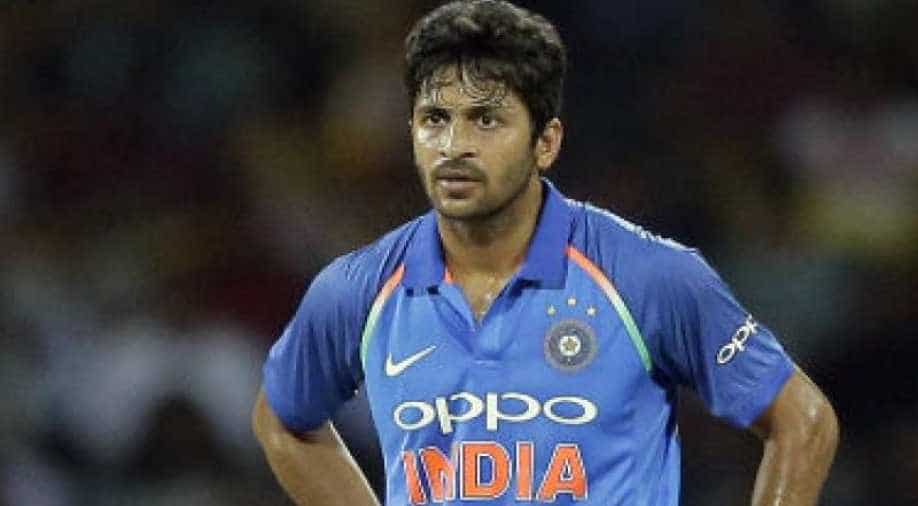 Hours after being picked by the Indian selectors for the one-off Test against Afghanistan, Shardul Thakur received the news of his parents being involved in a road accident in Palghar district near Mumbai on Tuesday night.

As per media reports, they were taken to a hospital, from where his father Narendra Thakur was shifted to Leelavati Hospital when a brain clot was detected.

The Chennai pacer Shardul rushed to visit his parents and his participation in the next game in the IPL is in doubt.

Narendra and his wife were making their way back to Mahim after attending a wedding in Alyali in Palghar.

Unfortunately, Narendra didn’t see the construction work underway near Sundaram school due to the absence of streetlights.

As a result, the bike skidded off and both fell on a side depression.

People nearby rushed the duo to the hospital and Shardul’s father’s condition is believed to be stable now.

Chennai's next match is on Friday when they take on Rajasthan in Jaipur.