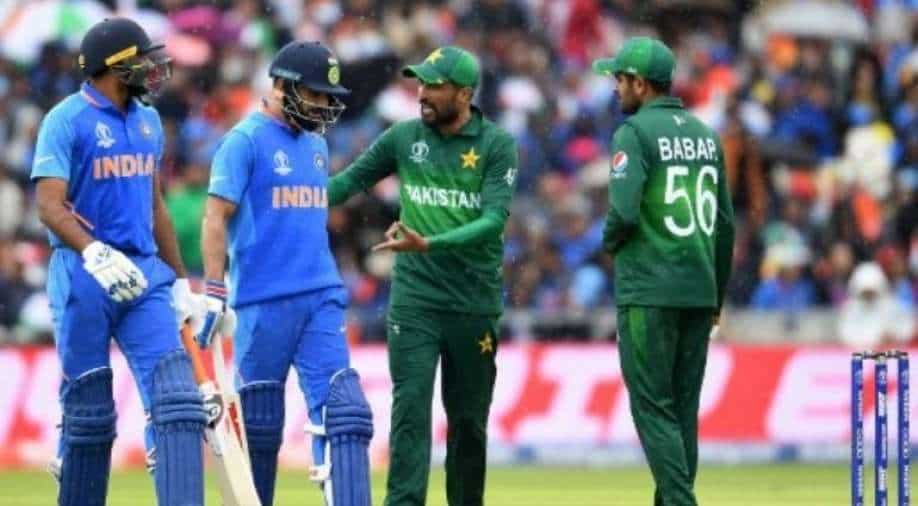 Not just the contest, the entire tournament is special and of huge significance for Kohli as he has already announced that he will give up the India Twenty20 captaincy after the World Cup

Indian skipper Virat Kohli, who previously downplayed the hype around the mouth-watering India vs Pakistan clash, reiterated that his side's impeccable tournament record against Pakistan will count for nothing when both the teams will face off at the Dubai International Cricket Stadium, Dubai on Sunday (October 24).

The Indian skipper said that they will need to be at their very best to overcome Babar Azam's side. As far as the stats are concerned, India have a 12-0 record against Pakistan in Twenty20 and 50-overs World Cups and they will hope to extend that streak in their tournament opener against their arch-rivals.

Commenting on the rivalry, the 32-year-old talismanic batter, during a virtual press conference said, "We never discussed it within the team — what our record is, or what we achieved in the past. They distract you. What matters is how you prepare and how you perform on that given day regardless of opposition. These things are added pressure."

"The current Pakistan team is very strong, they always have been so. They are very talented, with several players who can change the game anytime," Kohli said.

"Against a team like that, you need to arrive with your best plans, and make sure you execute it well. We definitely have to bring our A game tomorrow."

Not just the contest, the entire tournament is special and of huge significance for Kohli as he has already announced that he will give up the India Twenty20 captaincy after the World Cup.

However, the skipper said, "For me, it's never been different to any other game of cricket that we play. Yes, the atmosphere in the stadium is different but our mindset is no different, our preparations are no different, and our approach to the game is certainly no different."

The Virat & Co. are all set to open their campaign with an in-form team with the batting will heavily depend on the top three of Rohit Sharma, KL Rahul and Kohli while the bowling has a dazzling mix of talent in both the spin and pace departments.

Like Kohli, Babar too refused to dwell on the past in his first global tournament as Pakistan skipper.