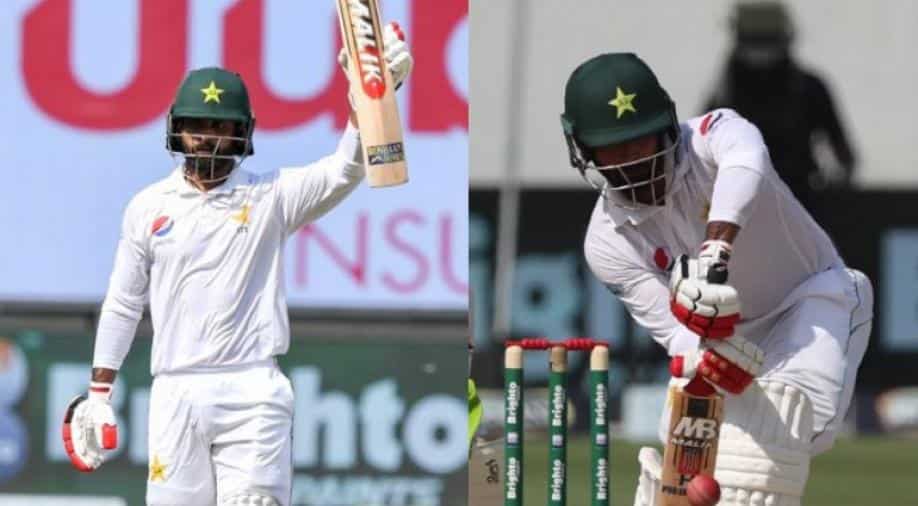 Hafeez was dropped from the Test side after faring poorly in the first three matches of Pakistan's series in England two years ago.

Pakistan's veteran cricketer Mohammad Hafeez slammed a ton against Australia in the first day of opening Test in Dubai to mark a stunning return to the Test format after a gap of two years.

Hafeez played a 126-run knock, which included 15 fours, before losing his wicket to Australia's medium pacer Peter Siddle. He put on a solid 205-run opening stand with Imam-ul-Haq who made a career-best 76.

The 37-year-old took to Twitter to celebrate his century, he wrote, "ALLAH is the best PLANNER."

While addressing the media he revealed his wife had persuaded him not to quit the sport.

He also mentioned that legendary Shoaib Akhtar too stepped in to persuade him he still had a role to play.

"I could have taken a drastic step but I was stopped by my wife and then Shoaib Akhtar phoned me as well."

"I was mentally disturbed after being dropped from the Asia Cup team," said Hafeez of last month's axing from the one-day side.

Hafeez was dropped from the Test side after faring poorly in the first three matches of Pakistan's series in England two years ago.

Hafeez, who also did not play in any of the five one-day internationals in Zimbabwe in July despite being in the squad, hailed his teammates.

"I could have been doing something else (had I retired)," said Hafeez.

"But probably this was the place where I had to stage a comeback. When I came back in the team all the players welcomed me and gave me confidence and that increased my inner energy."

"I am very happy after this hundred. I tried my level best in the last couple of years to get back into this format and I am so happy to get a chance after a long time.

"I had no fear at all. I really backed myself and I knew that whenever it is the right time I will perform."