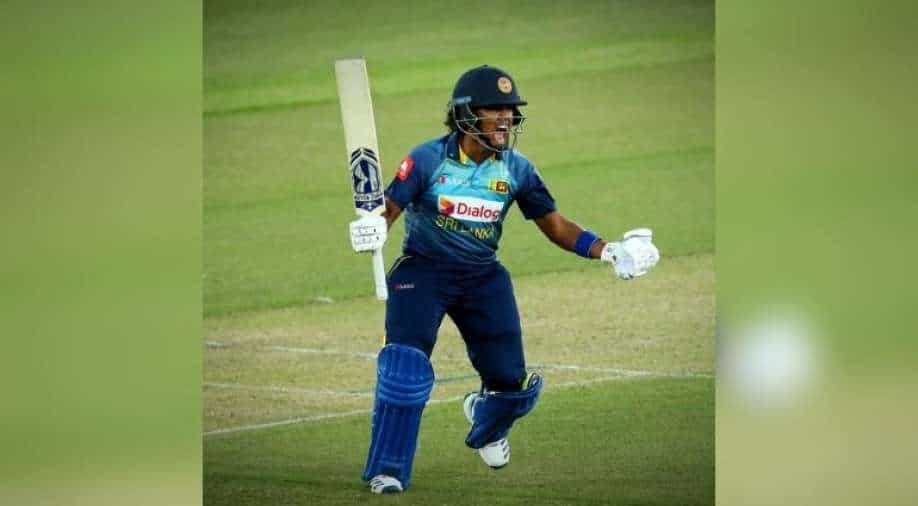 For Sri Lankan women's team Harshitha Madavi is expected to lead the team as the regular skipper Chamari Athapaththu is in Australia, undergoing quarantine for the upcoming WBBL

Amid the chaos caused after New Zealand and England cricket boards abandoned their Pakistan tours due to security concerns, it has been reported that Sri Lanka women's cricket team are in talks over touring the South Asian nation for an ODI series.

According to a report in ESPNcricinfo, the talks of the tour happened after England cancelled the Pakistan tour due to security issues. If the series takes place, it will be crucial for both teams considering preparations for the cricket World Cup global qualifier, which is set to start from November 21 in Zimbabwe.

It is important to mention that Sri Lanka women's team hasn't played in 18 months as the last they played was in the T20 World Cup in Australia in 2020.

For Sri Lankan women's team Harshitha Madavi is expected to lead the team as the regular skipper Chamari Athapaththu is in Australia, undergoing quarantine for the upcoming Women's Big Bash League (WBBL).

Recently, New Zealand Cricket called off their first tour of Pakistan just as the first one-day international was due to start in Rawalpindi, soon after that England also cancelled the tour.

It was a massive blow to a country, which was shunned by all after a deadly 2009 attack on the Sri Lanka team bus in Lahore and Pakistan have been trying to organise bilateral series.

Pakistan have only hosted South Africa, Sri Lanka, Bangladesh and Zimbabwe since the 2009 attacks.