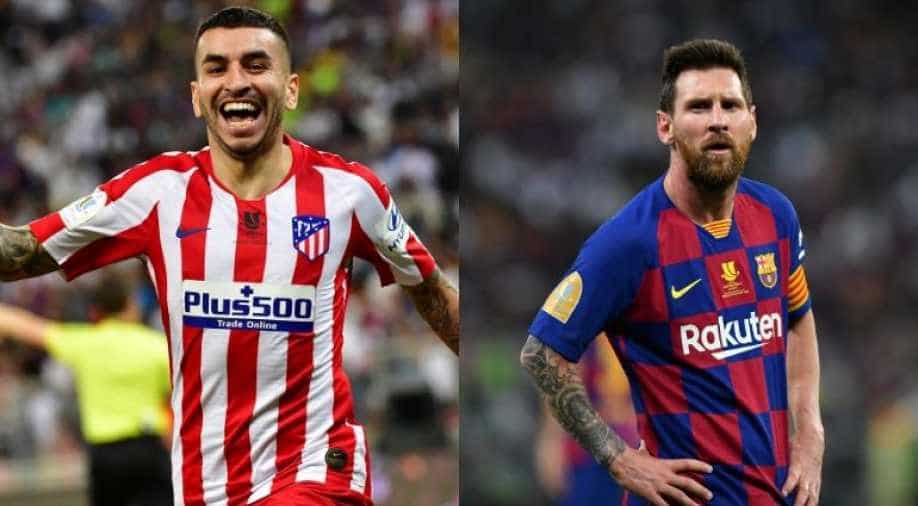 The match had a lot of disallowed goals, fights mishaps and fouls. Each side got four yellow cards each. The folks out there were treated with exciting gameplay.

Atletico Madrid edged FC Barcelona in a nail-biting finish after Messi's Argentina teammate Angel Correa struck in the 86th minute in the semi-finals of the Spanish Super Cup held in King Abdullah Stadium in Saudi Arabia. The scorelines stood 3-2.

Despite being an exciting play since the start, teams went goal-less by the end of the first half.

But after FC Barcelona's slouchy start Atletico got the edge after Koke scored after just seconds after coming onto the pitch in the 47th minute. After being assisted by A. Correa His one-touch goal got the best of Neto and scored in the bottom left corner.  Scoreline: Barca 0 - 1 Atletico

But this did not last long, Lionel Messi stepped in and scored after dribbling his way past to defenders in the 51st minute.  Scoreline: Barca 1 - 1 Atletico.

Antoine Griezmann was playing against his former club, he was seen to be the most active player on the pitch. He helped Barcelona get the lead in 62nd minute after he heads the ball into the net. Scoreline: Barca 2 - 1 Atletico

In the 81st minute, Neto was fouled after his challenge against Vitolo, it was given as a penalty to Atletico Madrid and Alvaro Morata stood up to the occasion and scored. This helped Atletico level scores with Barca.  Scoreline: Barca 2 - 2 Atletico

The final minutes of the game, before it could have been taken into extra time, Angel Correa,  managed to get past Neto and get past the Goal line before it was cleared by Rakitic. This goal was scored in the 86th minute.

The match had a lot of disallowed goals, fights mishaps and fouls. Each side got four yellow cards each. The folks out there were treated with exciting gameplay.