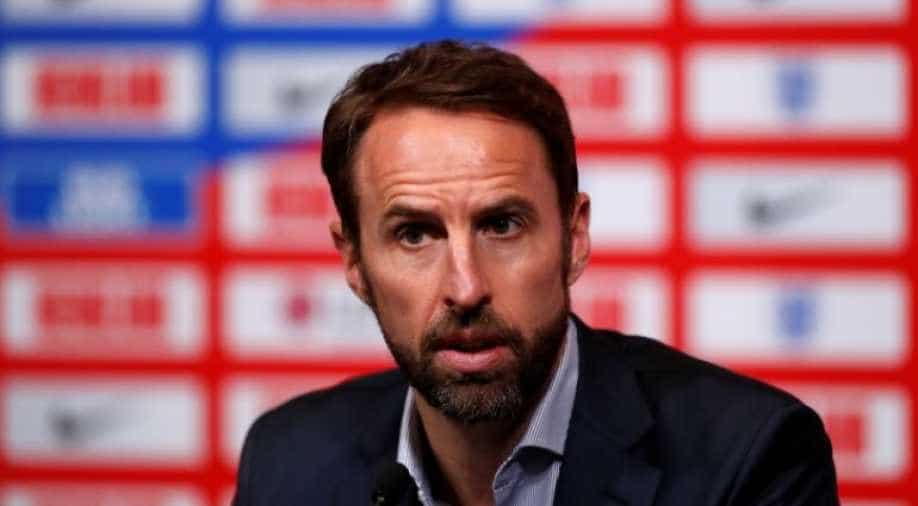 England manager Gareth Southgate is relishing their European Championship meeting with Scotland next year and said he is hopeful supporters will be allowed to watch the contest at Wembley Stadium.

England manager Gareth Southgate is relishing their European Championship meeting with Scotland next year and said he is hopeful supporters will be allowed to watch the contest at Wembley Stadium.

Speaking after England’s 3-0 friendly win over Ireland on Thursday at an empty Wembley because of the COVID-19 pandemic, Southgate said he was delighted Scotland were able to qualify for their first European Championship finals since 1996.

Steve Clarke’s side secured a 5-4 penalty shootout playoff win in Serbia with the game ending 1-1 after extra time to book their spot in the 24-nation tournament’s Group D, which includes England, Czech Republic and 2018 World Cup runners-up Croatia.

“What a game. That makes our lives more complicated for sure. It will hopefully be a fantastic occasion with fans, but that’s the one thing that none of us can control,” Southgate told the BBC.

“I’m particularly pleased for Steve. He’s a great guy and has done a great job. That will be a humdinger of a game.

“They’ve got a team that’s improving quickly with a lot of players who have emerged in the last two or three years - the likes of John McGinn, Scott McTominay, Kieran Tierney, Andrew Robertson.”

Aston Villa playmaker Jack Grealish, who started for England against Ireland and impressed, said he was “over the moon” that England would face Scotland in June.

“It’s brilliant for everyone involved, especially if we can get Wembley full by the time that comes around. Fingers crossed for that because it’ll be an unbelievable day,” Grealish added.

“One of my good friends (Aston Villa team-mate) John McGinn gets to play at the Euros, so I’m delighted for him as well.”