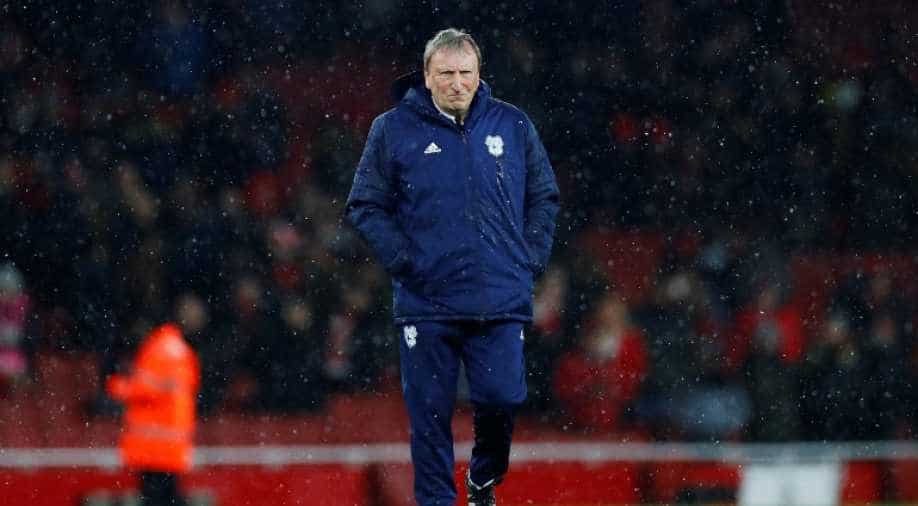 Cardiff's record signing Emiliano Sala was en route from Nantes with pilot David Ibbotson when his plane disappeared on Jan. 21. He is yet to be found.

Cardiff's 28-year-old record signing Sala was en route from Nantes with pilot David Ibbotson when his plane disappeared on Jan. 21. He is yet to be found.

Speaking ahead of Saturday's Premier League encounter with Bournemouth, Warnock described the January transfer window as "difficult" in the tragic circumstances.

"One or two of the strikers we were talking about did not really want to come in the circumstances," Warnock told a news conference on Friday.

"They didn't want to come in after what's happened. So it's been a very difficult window."

Cardiff managed to sign Leandro Bacuna from Reading on Thursday's transfer deadline day and Warnock said he was pleased with what the Curacao international could offer.

"We were fortunate we managed to get Bacuna over the line. He's a player I like and I've watched over the last three years," Warnock added.

"He can play wherever the need is. I've seen him at right back, left back playing in central midfield and also on the right wing. He's versatile."